NetEnt Doubles Up with Jacks or Better Overhaul 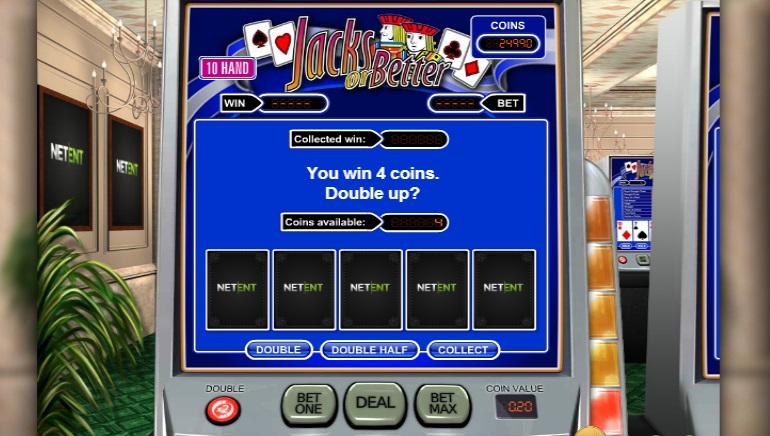 Experience the innovative new version of Jacks or Better: Double Up at NetEnt casinos this October.

NetEnt is in the process of redeveloping a number of its games outside of the much heralded slots variety. In an attempt to offer diversity, NetEnt has been enhancing one of its existing video poker games for the purpose of providing players with an enhanced experience. Coming in October will be the re-release of Jacks or Better: Double Up.

New Version is Slicker and Quicker

The challenge in updating Jacks or Better: Double Up is to give players an experience that feels modern, as opposed to the retro style of video poker that is at risk of becoming dated. The new version is expected to be both slicker and quicker than the original version, which should, in turn, make it more accessible.

Featuring a single-player design, this video poker game follows the Jacks or Better format in which only a pair of jacks or else a better hand can trigger a payout. However, this version is larger in scale than a standard version of video poker. And that is because the Double Up version will let players to choose to start with one, five, ten, or 25 hands. This provides multiple opportunities to wager in each round.

The challenge of each hand is to choose which cards to retain and which to replace with new ones. To make life simple for players, there is a display that shows all of the potential payouts in order of the most successful hands.

Of all the changes made, it is the Double Up feature that will be the most eagerly anticipated. Following every winning hand, players will be afforded the opportunity to wager their winnings. The challenge is pretty basic in that players have to gamble on the colour of a card to try and double their winnings, potentially continuing until they reach a multiplier of 5x.