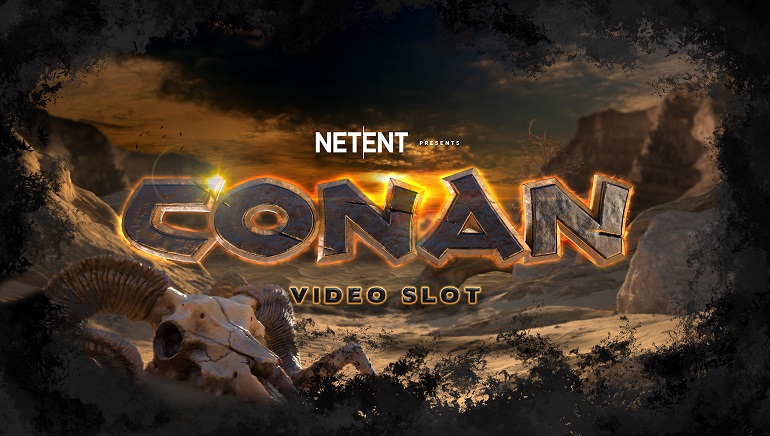 Continuing to dominate the market of branded slots, NetEnt has announced two new game releases from this category with their Conan and Ozzy Osbourne slots.

By this point in time, NetEnt has become known for, among other things, creating branded slots based on popular movies and TV shows, giving a new, different life to popular characters from small screens. According to the latest news, the company currently has two new branded games in the pipeline. The first one is set to give new life to Conan the Barbarian, a mythical character featured in numerous books, movies, and video games, while the second game will feature the living rock legend Ozzy Osbourne.

A World of Magic and Sorcery

Conan the Barbarian is a fictional character whose adventures in an imagined prehistoric world have become legendary. NetEnt is aiming to gather materials from different Conan references and create a new slot where the mythical hero will be given a brand new life on the reels. Given the world filled with magic, savagery, and bravery, the game creators will have plenty to work with and create another remarkable slot.

At this point in time, there are no official details as to what the Conan slot will look like in terms of gameplay. It will be interesting to see if NetEnt will go back to its roots and create another medium-volatility game or produce a game with a massive winning potential similar to Vikings, one of their latest releases.

With the second title, NetEnt is going back to its origins, adding to their family of rock music-themed games like Jimi Hendrix and Guns n' Roses. The Ozzy Osbourne slot will feature the iconic musician with a loyal and passionate following across the globe.

NetEnt has brokered the deal with Global Merchandising Services, Osbourne's brand management partner, giving them exclusive rights to create a game featuring music, imagery, and other details from the life and the career of the infamous Prince of Darkness.

Both parties are looking forward to this new slot seeing the light of day. Global Merchandising Services recognize NetEnt as the market leader in terms of creating branded casino games whose portfolio of titles speaks for itself. On NetEnt's part, the new Ozzy Osbourne slot is almost guaranteed to appeal to a big percentage of his loyal base of followers the music legend has developed over the past five decades.

Conan and Ozzy Osbourne slots will be the latest addition to the now quite extensive portfolio of branded games developed by NetEnt. From older releases such as Guns n' Roses and Jimi Hendrix to some of the latest titles like Vikings, Planet of the Apes, and Jumanji, the company has covered a wide spectrum of brands and genres.

According to press releases announcing these two new titles, the company is looking forward to challenges ahead and the teams behind new slots will be doing their best to give both games the hallmark NetEnt treatment that players have become accustomed to by now.