NetEnt Pulling Down Five Slots for Good on September 5 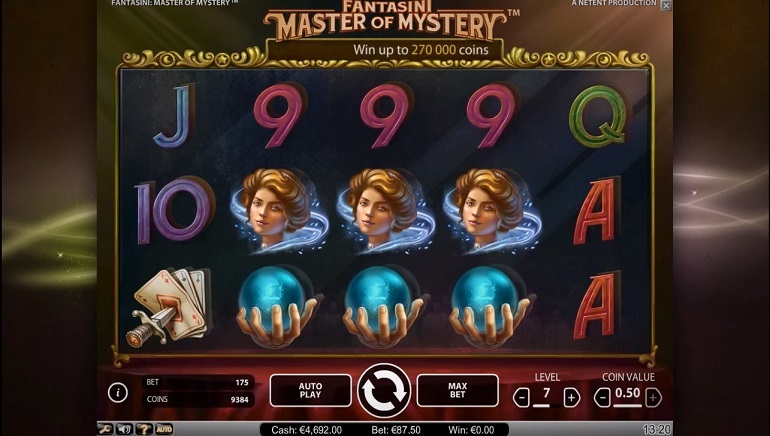 When it comes to NetEnt and slots, news stories usually revolve around latest releases from this very productive Swedish game developer. However, every now and then, some slots need to be removed from online casinos for various reasons as well.

On September 5, the company will be pulling down five of their releases for good. At this point in time, it remains unclear whether the reasons for this decision have something to do with expiring licensing agreements or something completely different. What we do know that five well-known games will no longer be available for play come Wednesday, September 5.

Slots Being Removed in September

Five slots that will be pulled down in a few days aren't in any particular group of games, which makes it somewhat harder to figure out the reasons behind the decision. From the players' perspective, however, it is more important to know which slots will be removed than why.

Fantasini: Master of Mystery is one of the slots being pulled. Featuring 243 ways to win and linked reels feature, this game has been around for a while. Although it's never been in the group of the most popular NetEnt releases, there are probably quite a few players sad to see this one go.

Released late in 2015, NetEnt's Glow slot features nice graphics and and an interesting theme focused on the beautiful Northern Lights. After being around for almost three full years, Glow is the second game that will hit the muck on September 5.

Tornado: Farm Escape is definitely among the quirkiest games developed by NetEnt, with entertaining features and funny animations. It will be removed in September, alongside Big Bang, a space-themed game featuring colorful cosmic symbols and an increasing win multiplier.

The final game being pulled on September 5 is NRVNA: The Next Experience. a 30-payline slot with a soothing soundtrack and reels set under water for a calming gaming experience.

Although there will always be some players sad to see a particular slot go, it is more than likely the Swedish developer will make up for these departures with new releases in the near future. In the meantime, players still have time to try their luck with these five titles for a few more days before they are gone for good.