Net Entertainment, one of the world leaders in online casino software, has announced the expansion of its Touch suite of mobile games with the release of the new Reel Rush Touch slot.

Reel Rush features a staggering 3125 Ways to Win, which must be some sort of record. Its combines colourful animation and super sound with unique features such as Wild substitutions and re-spins.

Players can win up to 5 re-spins, with each re-spin changing the shape of the reels. During each re-spin, two new positions open on the reels, revealing two symbols that help create winning combos.

Wild Symbols appear on reels 2-5 in the both the main game and the Free Spins bonus round (which is activated when players reach a specific total of re-spins). The Wilds substitute for all other symbols.

This is the 14 th NetEnt Touch game, following such classics as its original Gonzo's Quest platinum slot. All these games, including Blackjack Touch, Jack Hammer Touch and Jack Hammer 2 touch, contain 3D graphics and a bunch of unique features.

Where can you find the latest NetEnt mobile games? Customers of Casino Euro, Casino Maxi, Betsson Casino and other leading NetEnt casinos already know the answer to that question. 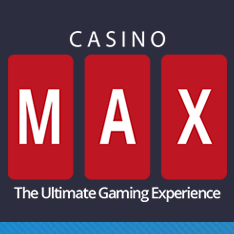