NetEnt expanded effectively in 2015, according to annual figures just released by the Swedish gaming supplier.

Financial results for Q4 as well as the entire year were up substantially. Q4 revenues sprang 34% to SEK323.1 million to bring annual revenues up to SEK1.1 billion, an incredible 33% jump from 2014's SEK851.7 million.

NetEnt's expansion was skillful as well, as exemplified by the forging of a full 14 new license agreements that saw 16 clients launch new casinos in the quarter ending December 31. Another huge development for Q4 was the establishment of NetEnt in the US, as clients went live for the first time in New Jersey. More expansion of note was the UK launch of NetEnt games by Gala Coral, and the Spanish launch by gaming operator Codere.

As for the year, NetEnt showed record increases. The figure for total revenue generated for 2015 was SEK1.1 billion was generated last year. Full year operating profit was up 53.5% year-on-year at SEK401.6 million. Operating margin showed the related slight jump to 35.5% in 2015 versus up from an operating margin of 30.7% in 2014. After tax profits totaled SEK374 million for a jump of 53.8%. For the year, the provider totaled a whopping 43 new license agreements, while 37 clients launched new casinos that featured NetEnt games.

With top flight casino clients such as Moon Games, Cherry, and Mr. Green already in the NetEnt stable, President and CEO Per Eriksson described 2015 as a “fantastic year” for his company, crediting mobile games for driving growth.

The increase in activity underscores the figures and Eriksson's enthusiasm. Q4 saw a rise of 34.4% for game transactions to a staggering total of 8.2 billion total transactions. For the year, NetEnt handled an unbelievable 27.7 billion game transactions. 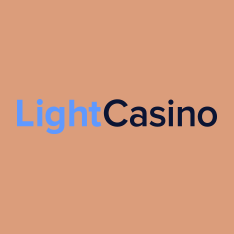 Denmark Revenue Jumps in Q4, and the Ceiling is Rising