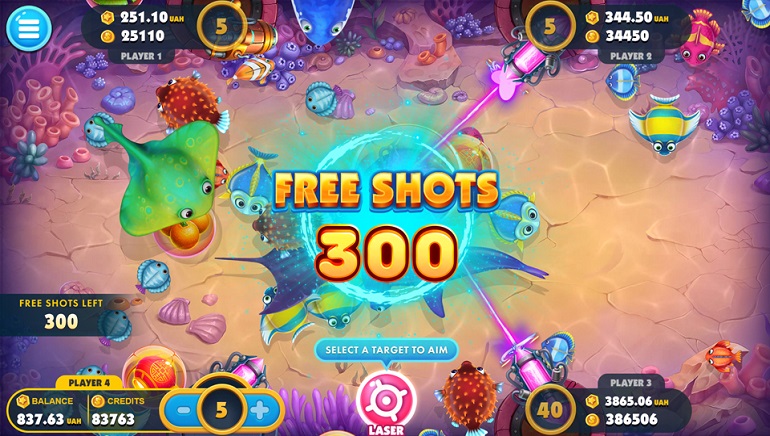 Fishing Kingdom is a four-player skill game from NetGame Entertainment that will challenge the team to destroy targets and uncover multipliers.

Following the release of video slots Hit in Vegas, Clover Stones, and Wild Buffalo, NetGame Entertainment has decided to bring out a skill game next. In Fishing Kingdom, up to four human players can command laser weapons that are used to shoot fish and power-ups in pursuit of generating winnings.

There is a cost for each time that the laser is fired. While some of the targets can be destroyed with only a few laser blasts, others require a heavy dose of firepower from a group of players. There are smaller multipliers provided for the tiny species of fish, whereas the larger ones can trigger multipliers up to 120x.

A Big Boss can appear periodically to yield multipliers of 25x, 50x, or 75x when blasted with laser fire. However, if the players can capture the Big Boss, then the reward can be the highest multiplier of 600x. The Big Boss can potentially leave the screen before that happens.

The Bonus Wheel is also shielded by a protective bubble that must be destroyed with laser fire before it can be accessed. Once this mini-game is underway, the player who activated it can potentially receive a 5,000x multiplier.