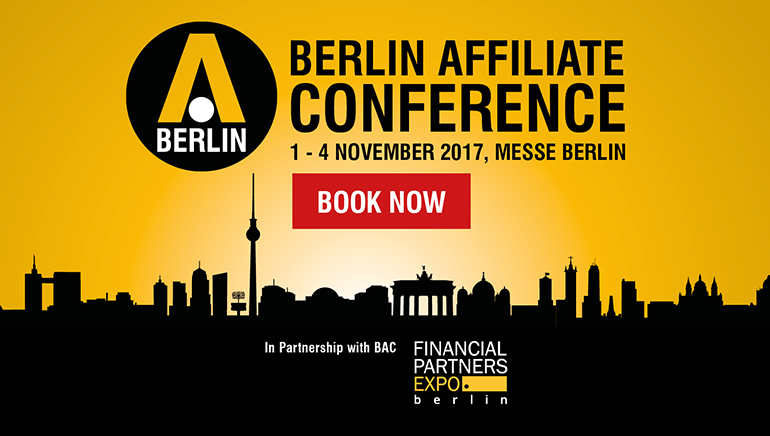 iGB Affiliate provides a unique opportunity for its delegates to spend four days in Berlin and enjoy networking activities with their colleagues in a laid-back atmosphere.

The iGaming affiliate industry is growing every year and that’s why everyone involved industry must follow the latest trends and news. One way to do this is by following (or attending) reputable iGaming affiliate conferences like iGB Affiliate’s BAC (Berlin Affiliate Conference). Berlin is one of the financial hubs of Europe and by visiting this event, iGB delegates will get a chance to network with colleagues and potential business partners in different places around Berlin.

The most important events come in the form of parties. The first one is the opening party which will take place at the famous E4 Club, the other is the UPAYCARD networking party that will be thrown at the BRICKS Club and the last main event is the closing networking party at the popular AVENUE Gastronome in Berlin.

According to Shona O’Donnell, the head of operations at iGaming Business, they have selected Berlin because this is one of the liveliest and most fascinating cities in the world that has a very strong entertainment scene with great restaurants and bars. The main point of this meeting is to help delegates build stronger ties, share experience and enjoy their time.

This year’s BAC will come right after the EiG conference and starts on Wednesday, November 1st at Sheraton Berlin Grand Hotel. The official opening part is a few hours later at 21:00 at E4 Club where an opening night networking party will support delegates’ networking efforts. The next night is reserved for the networking party sponsored by UPAYCARD and ends with an official closing networking party. In addition, there will be a so-called Unwind Session, this time sponsored by Intertops in the popular Sony Center. Those planning a more special trip can book VIP tables.