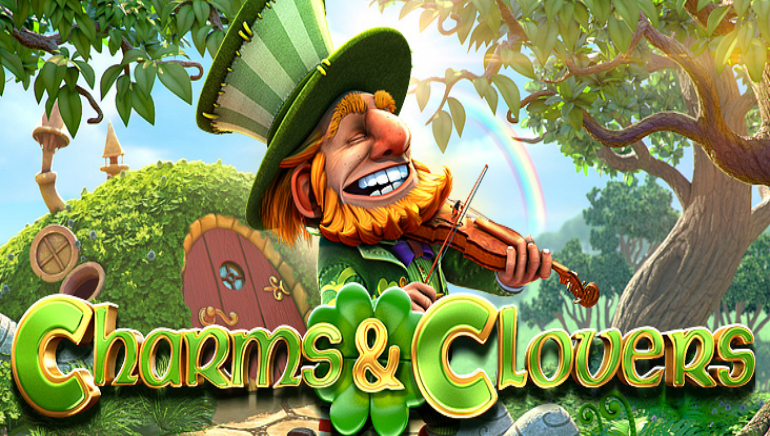 Charms and Clovers is a new slot to BetSoft casinos and comes with a sixth reel and four special features, including a three-tier jackpot.

BetSoft Gaming has completed the release of its new Charms and Clovers slot, which is a game embracing Irish fantasy elements. Basically, this is a video slot for anybody who appreciates leprechauns, rainbows, and pots of gold. Charms and Clovers is playable at BetSoft casinos, including the likes of bet365 Casino, Rich Casino, and Video Slots Casino.

To shake up the traditional online slot experience, BetSoft has added a sixth reel of symbols to give players additional opportunities to unlock winnings. By and large, online slot developers are heavily committed to working with five reels. Moving forward, this could strengthen the gradual rise of groundbreaking slot games.

With Charms and Clovers being made with extra symbols, it allows for the slot to include 40 paylines. During gameplay, players will be dazzled by an array of Irish-themed symbols displayed in full high definition and featuring a rich colour palette. Players can also experience the game on the move by playing on their smartphone or tablet if it is powered by HTML5.

Charms and Clovers has been released within BetSoft’s trademarked Slots3 line of games. In this particular experience, players will encounter four special features in addition to the core gameplay. As a result, there is much more to play for than other slot games.

A clever element of the design is that each of the special features utilises the sixth reel, which helps to further justify its inclusion within the game. One of the most rewarding is the Golden bonus, allowing for players to win up to 20 times their current stake.

Free spins can also appear, with Charms and Clovers offering these via Pots of Gold and the Mega symbol features. Then comes the premier feature in the form of the three jackpots, rising from mini up to colossal at the top of the tree.