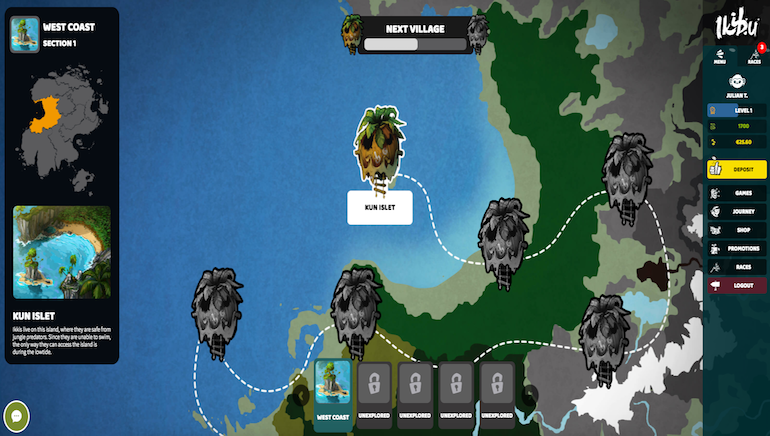 Online casinos like Ikibu, Casumo, and Fantasino Casino are great examples of a new trend where gaming sites try to create a deeper emotional connection with their players via achievements and player progression.

Once upon a time, an online casino loyalty program was simple and straightforward. You'd play your games, and then you'd get something back for your efforts. Some casinos gave back more than the others, but other than that, there were no significant differences between various loyalty programs.

But the times they are a-changin'.

Online casinos have come to realize that if everyone offers the same things, players won't have a particular reason to stick with just one. This is even more true for small-time players, who are a majority at most casinos, as their financial rewards won't be that significant either way. So, gaming sites figured they needed to offer a deeper, more intimate connection if they wanted their players to keep coming back instead of wandering off to a different casino, never to be seen or heard from again.

If you take a dispassionate look at online casinos, most of them simply offer a bunch of games you can play to try and win some money. If bonuses aren't considered, there is hardly a difference as to where you decide to play, as long as you know it's a fair and honest casino that won't run away with your money.

However, once a proper storyline is introduced for players to keep up with, things become significantly different. There is still no much difference as to where you'll play, but if it's all the same, you'd rather try and level-up your character or reveal the next chapter in an interesting story, picking up some rewards and achievements along the way.

Ikibu Casino is a great example of this approach, as it gets players involved from the first moment they sign up. Your journey starts with your first login, and it will take you on an exciting adventure of discovering the world of Ikkis, cute blue monkey-like creatures inhabiting the islands. As you play, you get to discover new parts of the Ikibu world and collect Seeds which can be exchanged for bonuses, free spins, and other perks.

Players at Casumo Casino are treated in a highly personal way, with little messages constantly popping up as you play, encouraging you, congratulating you, and letting you know about your rewards and trophies. As a Casumo member, you embark on an exciting space journey that takes you to different planets, and all of this happens through your very own little Casumo - a sweet little alien creature that you need to take care of and help it grow.

Fantasino Casino offers the world full of adventures and exciting quests for players to complete. All players start with their own character called Trebol, and as they progress through the adventure, they get better rewards but also better equipment for their character.

Does it Really Work?

At first glance, you might think that nobody cares about these things, as people come to online casinos to gamble, but this isn't quite true. Building an emotional connection between casinos and their players is quite important, and it does help gaming sites retain their players. More so, achievements are a big part of video gaming nowadays, with many players dedicated to "unlocking" them. This is something that, in a way, is translated to the online casino world with the advent of casinos like the ones discussed in this article.

Even if you don't think consciously think about it, the bond is created on a subconscious level. Most casual players are likelier to go back to a casino where there is something more waiting for them - like their own character that requires attention or the next chapter of an adventure that needs to be unlocked.