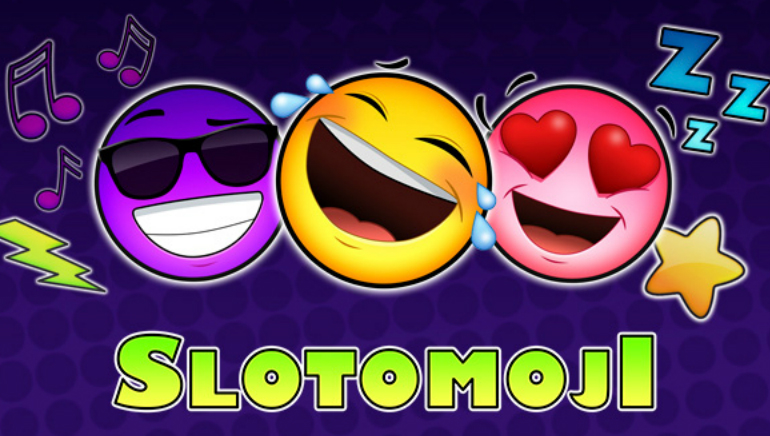 Slotomoji is a 5-reel slot from Endorphina that's themed around the face symbols that express emotions in text messages.

Based around the emoji's that seem to turn up on every text message sent these days, Slotomoji is the lasted game from Endorphina. Emoji's, or Emoticons are only going to become even more popular when their own movie, starring none other than Patrick Stewart, is released this summer.

Slotomoji has various smiling, frowning, crying, laughing and loving faces across 5 reels and comes with extras like over-sized wild symbols, respins, multipliers and a gamble round.

Symbols are presented in 3 rows and there's a fixed number of 10 paylines running across the game. A simple red background, and clear images of the emoji's and other symbols like lightning bolts and musical notes combine to give Slotomoji a pleasing appearance which should appeal to anyone who sends messages from their mobile devices.

Emoji's that create a win will become animated, pulling a face, or the case of the sickly character, trying not to throw up.

Players win by lining 3 or more of the same symbol across a line running from the left, but this is helped by a ballerina, cool disco-dancer and samurai warrior who will fill any reels they land on.

Getting Emotional With Bonuses

These are wild symbols that will act as any other to help create winning combinations and also trigger a free respin of the reels, which will be repeated if another winning line is spun, up, over and over, with increasing multipliers in effect until no win occurs. There's no limit to how many respins can be won, or to the size of the multiplier that will eventually be in play.

After each win, players have the option to gamble the prize by correctly guessing if a playing card will be revealed as red or black, doubling the amount won for a correct pick after which they can try to double it again, several times over, or collect the win at any point.

Slotomoji is available now at online casinos that carry the Endorphina range, including brands like Playamo Casino, Oshi Casino and VegasCasino.