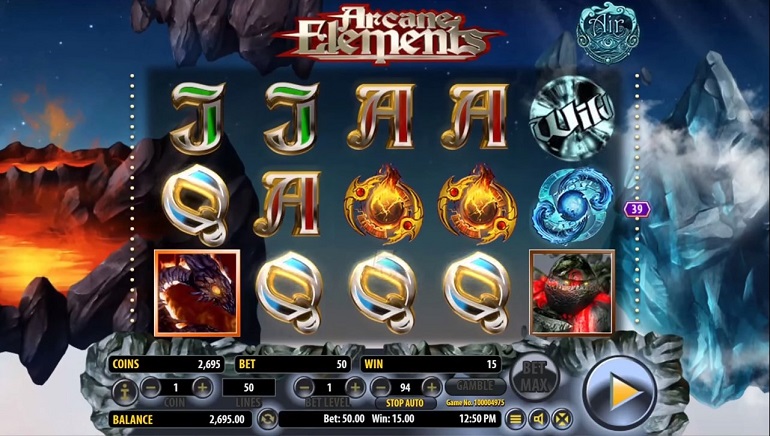 Arcane Elements is the latest video slot developed by Habanero, now available at online casinos powered by the software provider.

Arcane Elements is the latest slot machine developed by Habanero and its stunning graphics are expected to make it popular with players and operators alike. The game can already be found at online casinos powered by the software developer, such as 32Red Casino, Winner Casino and Club Gold Casino.

Enter a World of Fire, Earth, Water, and Air

Arcane Elements is a modern video slot with 50 pay lines and the reels are populated by 4 elements. In the right sequence they trigger significant profits, and they can be further increased by the wild symbol. This symbol depicts superheroes and can appear anywhere on the reels, while having the ability to replace other signs to create winning combinations.

The stunningly beautiful graphics of Arcane Elements act as a magnet for those who haven’t played online slot machines before. The game comes with a trailer and an informative tutorial, aimed at helping those unfamiliar with the genre. The slot will run smoothly on a plethora of mobile devices, regardless of the operating system powering them.

A Developing Spree for Habanero

The producer of online casino games can now brag about a collection of more than 60 slot machines, 10 video pokers and 6 table games. Arcane Elements is the most recent game developed by them and is expected to be integrated by the 30 operators powered by their software. The teaser trailer released by Habanero highlights the unique game mechanics as well as the exciting bonus rounds.

Habanero doesn’t dwell exclusively on software for online casinos and is also a reliable supplier for land-based operators. Their team of developers and designers works from offices in Kiev, Sofia, Manila and Johannesburg, therefore bringing new and original concepts to the games they produce. The game released for Internet casinos run on Habanero’s own platform, which was developed with the fast growing mobile market in mind.