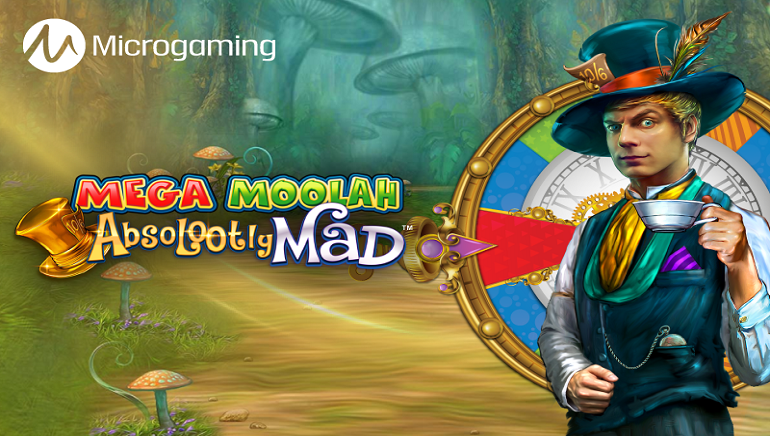 Microgaming's Mega Moolah brand is easily one of the best known names in the world of online progressive jackpot games. So far, the company has offered Mega Moolah and Mega Moolah Isis but the new game is now ready to join the family.

Dubbed Mega Moolah Absolootly Mad and developed by Triple Edge Studios, one of several Microgaming's partner studios, the new slot is scheduled for a network-wide release on May 5, 2020, and it will be part of the same progressive network as the two already existing games.

The latest release in the Mega Moolah family, Absolootly Mad is themed after a famous story of Alice in Wonderland. Thus, players can expect to encounter symbols such as Mad Hatter, Cheshire Hat, rabbits, pocket watches, tea cups, and more.

Unlike its predecessors, Absolootly Mad features 243 ways to win, so there is much more potential for big wins in the base game as well. The slot also comes with the Rolling Reels feature, progressive multipliers, and a free spins bonus.

However, what players will probably look forward the most are four progressive bonuses up for grabs, which are identical to the ones featured in other Mega Moolah games, namely Mini, Minor, Major, and Mega.

The Path to the Jackpots

To have a shot at winning one of four progressives in Mega Moolah Absolootly Mad, players will need to land Wild Mad Hatter Coin symbols. These coins will fill the teapot located above the reels, eventually triggering the jackpot wheel. As always, there is no telling when the jackpot wheel will pop up, but playing on a higher bet increases the player's chances of this happening.

Once the progressive wheel is triggered, the player is guaranteed to win one of four jackpots. Of course, the odds of winning the Mega Jackpot are small but the amount is well worth the wait, as the top Mega Moolah progressive regularly reaches large seven and even eight-figure amounts.