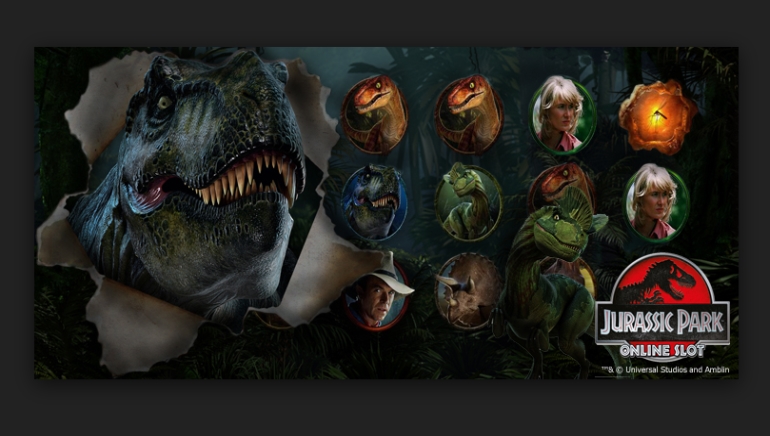 Movie-themed slots are always popular, and Crazy Vegas Casino have announced that Jurassic Park, based on the hit Steven Spielberg film, will soon be added to their collection.

Jurassic Park was, at one point, the most successful movie in history, and a new slots game based around this dinosaur filled adventure is due to be released at Crazy Vegas Casino in August.

Due for launch on 6th August, Jurassic Park, based on the first film of the trilogy, comes from the Microgaming developer, and features their '243 Ways to Win' system. This does away with regular paylines, and replaces them with multiple winning chances across the 5 reels. The symbols are made up of actual images of the cast, including Sam Neill as Dr Alan Grant, and Jeff Goldblum as Ian Malcolm, plus several of the dinosaurs such as the  Triceratops and Velociraptor, all set against a lush tropical background.

Features include five free spins bonus rounds, each based on a different dinosaur, while the T-Rex Alert Mode adds 35 extra wild symbols into the game. Stacked wild symbols can be nudged by a dinosaur running across the screen to possibly add extra winning combinations, and these can also be held in place for re-spins.

In common with many of the movie themed titles from Microgaming, Jurassic Park carries clips from the film, and symbols become animated when they are part of a winning combination. Pre-release viewings of the game show that the graphics are in keeping with other film based slots from Microgaming such as The Dark Knight.

Manager and spokesperson of Crazy Vegas, Harry von Schussel has said of the new slot ''It doesn't get much bigger and better than this! Jurassic Park was such an iconic film, and we expect the same big things for the game.''

Carrying a full range of Microgaming titles, Crazy Vegas welcome new players with either 60 minutes of free play, or up to £/$/€500 in bonus funds, spread over the first three deposits.