New Partnership Forged Between PokerStars and Ronaldo, the Football Legend 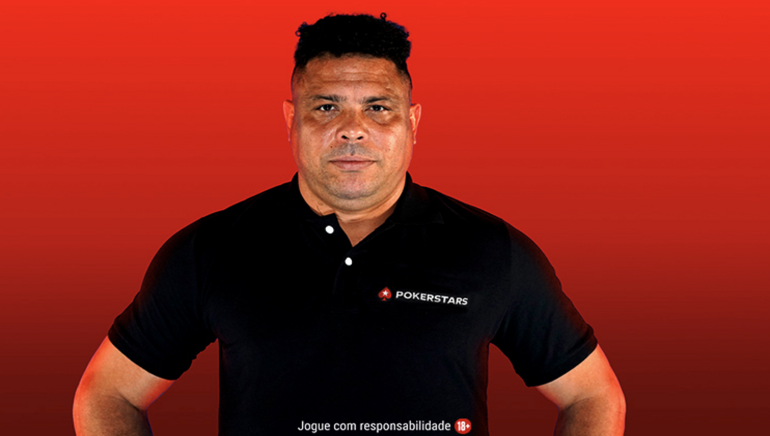 Brazilian sporting sensation Ronaldo Luis Nazario de Lima is now a part of the PokerStars family. This lucrative partnership focuses on Nazario's off-pitch passion, Poker. Nazario understands when to hold and fold as a skilled poker player. This time around, he's going all-in with PokerStars.

Several years ago, Ronaldo displayed his exceptional poker prowess at the tables. In 2015, he placed 26th at the PCA (PokerStars Caribbean Adventure) Main Event. This fantastic achievement was bested by another poker performance in 2016, where he placed 7th in a festival side event.

Ronaldo will be a frequent guest on Twitch, where he plans to stream PokerStars tournaments direct to fans.

"I am very excited to announce that I am joining the PokerStars family again. Since childhood, I have been a big fan of the game and look forward to getting involved in exciting projects soon. Keep an eye out for Ronaldo TV, where I will be streaming some tournaments very soon!"

The Brazilian football icon has been associated with many big names. However, after retiring in 2011 at 34 years of age, the legendary striker decided to lend his name to worthwhile causes. Poker has been his passion for many years, despite his incredible 62 goals in 98 internationals for his home country Brazil. His PokerStars ID – Ronaldo – is seen in many major tournaments where he competes alongside passionate poker players for big prize money.

Ronaldo plays live Poker, too, notably the Brazilian Series of Poker (BSOP) alongside other serious competitors.

PokerStars ranks as the world's largest iPoker platform and is geared towards players 18+ years of age. Headquartered in Dublin, Ireland, this decades-old poker room features free-to-play poker games in a full download mode. There are thousands of players online across hundreds of active tournaments at any given time.

PokerStars is guaranteed safe and secure with SSL encryption, firewall protection, and ID verification. In addition, the platform restricts top-ups to 15,000 chips every 4 hours to maintain realism during gameplay. Players can enjoy PokerStars action on PC, Mac, and mobile, with a full suite of poker game guides, including rules, tips, tricks, and strategies. Starting hands, showdown rules, and mechanics of Poker are showcased in grand style.