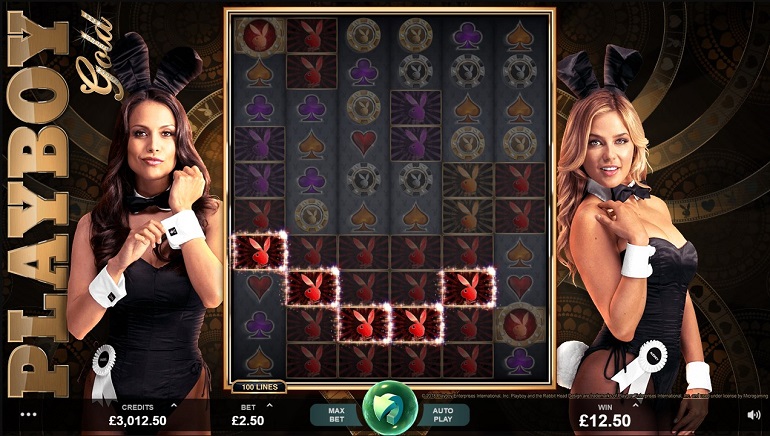 The new Playboy Gold slot, hosted by playmates Audrey and Raquel and featuring six reels, will be presented during this year's ICE in London.

Microgaming has announced they'll be expanding on their already very successful cooperation with the Playboy brand by introducing a brand new Playboy Gold slot. The new game will join the group of already existing titles such as the original Playboy slot and the Playboy Live Dealer studio, both of which have been very well-received by the players.

The new Playboy Gold slot is currently being developed and there aren't too many details about the game as of yet. One thing we do know, however, is that the new Playboy game will feature six instead of the traditional five reels, which should help enhance the slot's dynamics.

What's interesting about this latest game is also the fact it is being developed by Triple Edge Studios, a brand new content creation studio that will officially open in February at this year's ICE Totally Gaming. The company has signed an exclusive deal with Microgaming to develop new games for the casino software giant, making them available across Microgaming and Quickfire casinos.

By developing the Playboy Gold slot, Microgaming will be extending its partnership with Playboy. The cooperation that started five years ago has proven to be very successful so far for both parties and the future seems to hold even more exciting developments.

According to Valerie Golson, one of Playboy's VPs, gambling has always had an important role in the overall Playboy Lifestyle. With numerous land-based and online gambling venues for their VIP players, this new slot will be a chance to provide an exciting gaming experience for players around the globe and continue successful cooperation with Microgaming.

For Microgaming's part, their development team has worked hard to really bring the famous brand to life in their Playboy Gold slot. Playmates Audrey and Raquel are game's hosts and the company promises a lot of thrilling action on the reels.

Playboy Gold will be officially launched in March at Microgaming online casinos, but those interested in taking an early glimpse will be able to do so during ICE 2018 taking place in London in February.