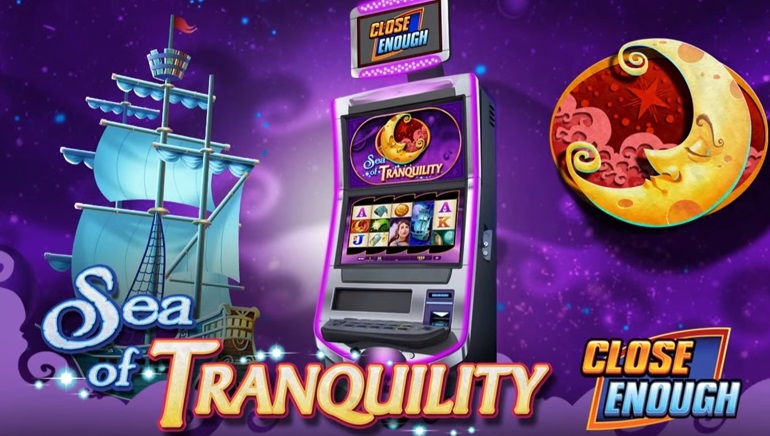 Sea of Tranquility is a new slot game with a unique 'Close Enough' feature that can reward players even if their last spin wasn't quite a winner.

Williams Interactive are a casino games developer who have released such popular titles as Wicked Riches and Spartacus - Gladiator of Rome. The latest release Sea of Tranquility, uses a 'Close Enough' game engine that has been running successfully at land based casinos for a year, and can turn losing spins into winning ones.

This is another innovative game from Williams Interactive, who are a subsidiary of Scientific Games. It is the first of a planned series of titles for online casinos that will use the Close Enough feature, where after a spin, Wild or Bonus symbols that are just off the screen can at random count towards the players spin, resulting in a payout.

Another feature of note is the Bonus Guarantee, which ensures that should you enter the free spins round, when playing at maximum bet, you will get a minimum reward of 5x your stake amount. To trigger the free spins, players need 2 Bonus symbols on reel 1, which starts 7 spins, while getting the Bonus symbol on reels 1, 2 and 3 increases the number of free spins to 10.

Along with the high card symbols, Sea of Tranquility has a Moon, Ship, Owl and Girl, all designed to give the game a relaxing feel. The Close Enough feature has proved itself at casinos, with Robin Littleworth, the senior director for game development at Williams Interactive saying ''The Close Enough game engine capitalizes on the near-miss experience, which is common in modern slot game experiences, and awards the player on spins that would have just missed in standard slots.''

With a history that can be traced back to 1943, the Williams Interactive name was introduced in 2012. Based in the USA, with offices in Manchester in the UK, Pune in India and Stockholm in Sweden, the company has produced numerous games for all platforms, and works to the mission statement ''Through imagination, talent and technology, we create and provide the world's most compelling iGaming experiences.''

Reward Yourself with Comp Points at William Hill Casino