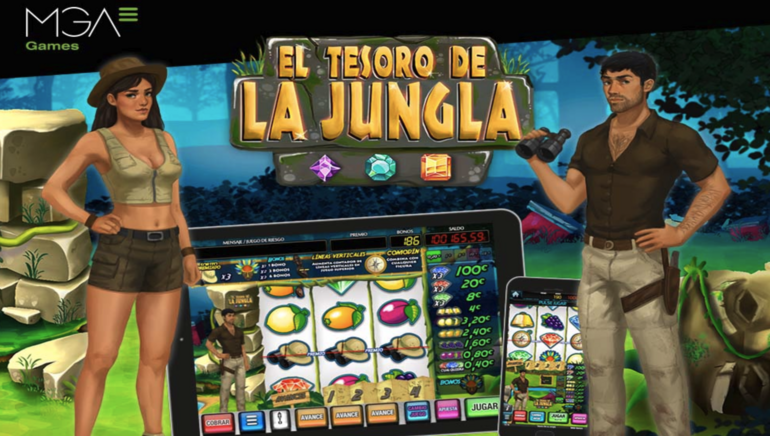 MGA Games is one of the driving forces for online casinos in Spain and a major producer of popular slots. If you enjoy spinning their reels of themed slots aimed at the local market, you will rejoice in hearing the latest news. El Tesoro de la Jungla is a new great adventure slot that promises to immerse players fully in the gaming experience right from the start. Aimed exclusively at the Spanish market, it is a mobile-friendly game with a high return to the player and memorable gameplay.

Venture into the Heart of the Jungle

El Tesoro de la Jungla is a slot whose name speaks for itself, and players know exactly what to expect when the reels are in motion. MGA Games invites players to venture deep into the last jungle and unveil hidden treasures while being rewarded for their courage. The visuals are in complete accord with the general setting, which will help players get more immersed in the narrative.

There is more than meets the eye about this slot, which includes a brand-new feature that allows players to choose one of the two protagonists. You can act as an intrepid explorer or embrace a character depicting a brave adventurer and win great prizes in any case. This new layer of customization is guaranteed to make the game more exciting, and it is just the tip of the iceberg.

MGA Games knows how to make every game passionate; in this case, players have five mini-games to choose from. Four are available in the upper screen game, where players are tasked to make winning combinations with lions, monkeys, and elephant gems. A gem counter grants access to the next minigame, where players can unlock progressively better payouts.

With four games in this section, you have multiple opportunities to unlock cool payouts while playing exciting mini-games. Pay attention to the tribal mask symbols because they act as gateways to the bonus rounds. The compass symbol is also powerful as it adds a wildcard and can replace any of the other symbols across the reels. Total symbols will increase the vertical lines to 8. Therefore, even more, winning opportunities are available.

El Tesoro de la Jungla was just launched on September 19, so it is the latest game available to Spanish players. MGA Games has an extensive portfolio of themed slots and continues to introduce new and exciting games with creative game mechanics.