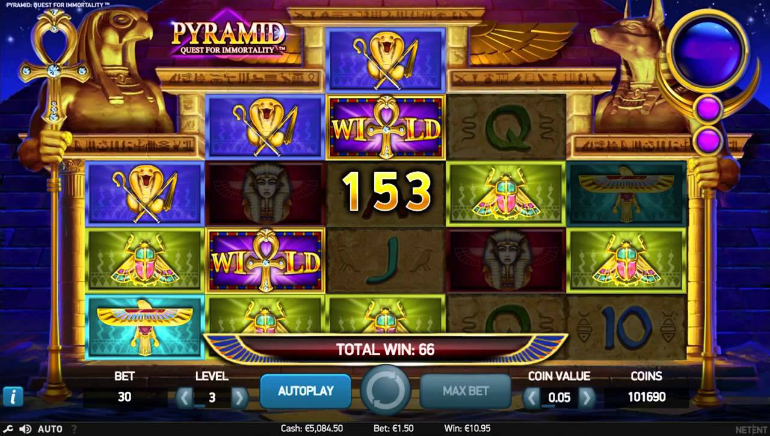 bet365 has announced the release of several new slots from Playtech and NetEnt at their Casino and Vegas sections.

This August, bet365 have added several new games from developers like Net Ent and Playtech to their Casino and Vegas platforms. At the Casino section, players will find Jekyll and Hyde, the pirate-themed Juicy Booty and Nostradamus, while Frankenstein and Pyramid: Quest for Immortality can now be found at bet365 Vegas.

Jekyll and Hyde is of course, based on the famous tale of a scientist who changes to a murderous beast and he now features on a 5-reel, 20 line slot from Playtech. It's only natural that Dr Jekyll is the wild symbol here, expanding in to Mr Hyde, while a bottle of potion is a scatter that triggers free spins, which last until the bottle is emptied.

Players will find 243 ways to win with the Nostradamus slot, as well as several bonus rounds that see planets awarding multipliers, free spins with modified reels and mystery cash prizes.

Playtech have also provided Juicy Booty, which has everything from crazy pirates who slice fruit into lots of identical symbols to a progressive jackpot. There is also a free spins round that sees symbols turn into doubles or triples for lots of quick wins, while a further side game sees guaranteed instant wins and a shot at winning the jackpot.

New from Net Ent is the creepy Frankenstein slot which sees the legendary monster come to life with 3D graphics. Linked Wilds are a unique feature that pays out extra wins when they stretch across the reels, plus there is a Burning Mill free spins game to bring in further prizes and multipliers of up to 5x the base amount.

Pyramid: Quest for Immortality follows the ever-popular ancient Egyptian theme and features 720 different ways to line up symbols for a win. Wilds can be created by winning combinations, while unearthing certain hieroglyphics can bring in multiplier wins of up to7x the basic value. Find the mistresses symbols for a 25x the bet payout, or the Pharaoh for a 50x prize.