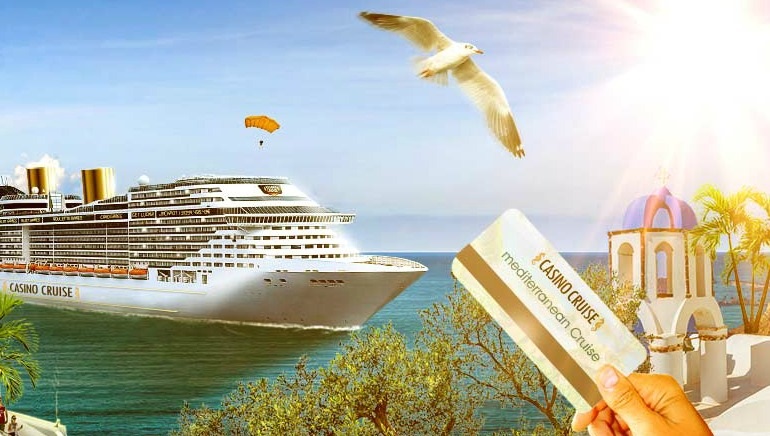 A fresh wave of 12 games will be crashing on to the deck of Casino Cruise this March, coming from developers such as Microgaming, NetEnt, and NYX.

Casino Cruise has unveiled nine brand new slot games plus three new mobile casino games for players to experience this January. Incredibly, Casino Cruise already has a gaming library that has passed the 600 mark. And of those 600 games, more than 200 are also available on mobile devices.

To build its gaming library, Casino Cruise has acquired games from some of the finest software developers in the industry. Among the represented developers are NetEnt, Microgaming, and NYX Gaming.

From Wednesday 4 March, Casino Cruise users will be able to play a huge selection of new slot games. Why not start with an adventure to Forsaken Kingdom? Developer Rabcat Games has drawn inspiration from Arthurian tales to bring together the Knights of the Roundtable and the legendary blade of Excalibur.

With St Patrick’s Day coming on Tuesday 17 March, Lucky Leprechaun will get you into the Irish spirit ahead of the near-global celebration. Faeries Fortune is another Irish-themed slot, but this time you can experience the game in HD quality.

Moving towards Scandinavia, Vikings Quest will let you do battle while trying to secure a boat-load of winnings. Spell of Odin is another new slot that builds on the Viking vibes. You can wield magic as you try to conquer the Restless Sea.

Spring is a time for holidays and partying, which is why Spiñata Grande can warm you up with its colourful fiesta vibes complimented by cheerful music from a mariachi band. For a more traditional party experience, Easter Eggs will get you thinking about delicious chocolate.

Golden Princess is the penultimate new slot for March. In this slot, you will take an adventure through the jungle in search of a wealthy ancient kingdom. After finding the kingdom, Volcano Eruption will offer spectacular views to compliment what can be a lucrative slot experience.

A week later, Casino Cruise will launch three new mobile casino games based on existing versions currently available on desktop devices. After playing all of the slots above, it might be nice to relax with a few hands of cards in Vegas Strip Blackjack Gold. Meanwhile, Cherries Gone and Lucky Leprechaun further expand the mobile slot selection.

Android users can access BETAT Mobile Casino on their smartphones and tablet devices. For Apple iOS users, they can access the site on the latest iPhones and iPads to experience Casino Cruise’s new games this March.

Casino Cruise Rings in the Changes for 2016