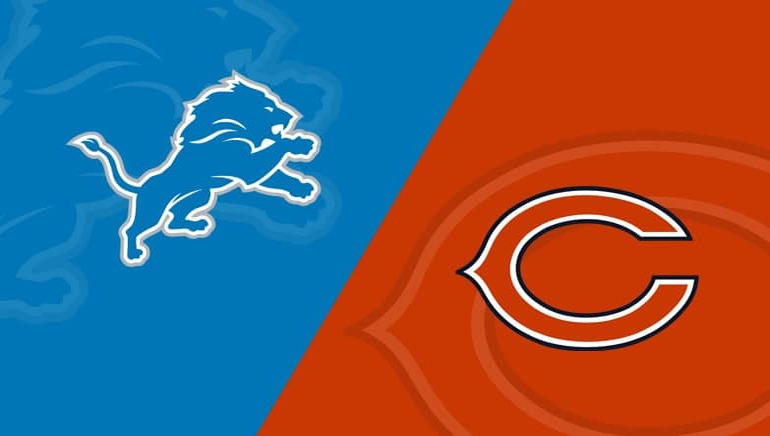 The Detroit Lions and the Chicago Bears go head-to-head today at 17:30 for the Thanksgiving Day game.

It's Thanksgiving across the United States today and there is nothing better to accompany your turkey, stuffing, and cranberry sauce better than Thanksgiving Day football...Too bad the game is between the two worst teams in the NFL.

The 0-9-1 Detroit Lions are taking on the 3-7 Chicago Bears...Hooray. Well, at least we could see the Lions get a win this season, and with their game last week against the Browns, they could potentially win today.

The Detroit Lions have the home advantage today after a two-game road trip. This NFC North battle between Detroit and the Chicago Bears is basically meaningless and both teams are out of any hope of a playoff berth.

The Lions had a decent performance last week but fell to the Cleveland Browns in the end 13-10. Detroit saw some good from their RB D'Andre Swift, as he rushed for 136 yards and a touchdown on 14 carries. His touchdown was a 57-yard beauty in the third quarter and was one of the highlights of the dismal Detroit season.

The Bears did not fare any better last week as they lost to the Baltimore Ravens 16-13 in a close one. Chicago got to see several of their players improve including WWR Darnell Mooney who caught five passes including a TD and 121 yards. Andy Dalton threw an incredible 60-yard missile to Mooney in the third quarter which was the highlight of the game.

On the defensive side, the Lions are not any better. They are second-worst in the league in rushing yards allowed per game with 140.5 on average against them. The Bears are the best in the NFL in the sacks department with 31 on the season. It will be bad news for Jared Goff who will get the start today and the Lions' offensive line had better be out to protect him or else it will be a long one for Goff.

Today will be one of the highest viewed games of the season, as is the tradition in the NFL. At 888Sport, the Bears are slightly ahead at 1.667, while the Bears are at 2.25. There will be live in-play bets throughout the game and punters will be able to get in on the action.

The odds in this game at the bookmaker mentioned above we accurate at the time of writing on Thursday, November 25 at 7:45 GMT.