Norse Gods Star In The Legends Of Loki Slot From iSoftBet 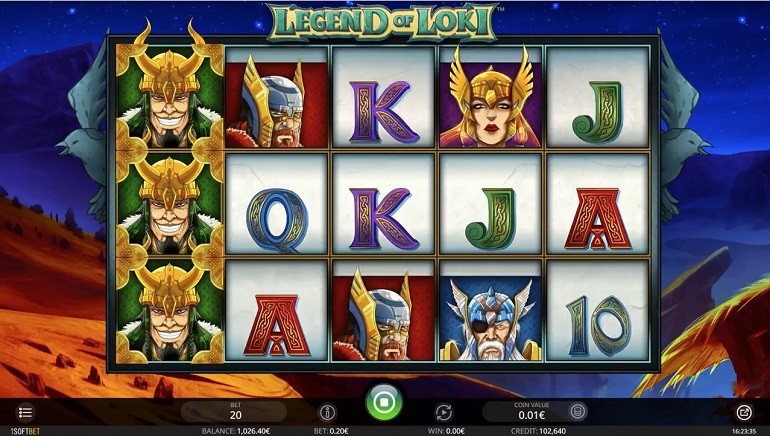 Legends of Loki is the latest slot from iSoftBet and it comes with the mischievious Norse God unleashing multiple wild features upon the reels.

iSoftBet has announced the release of Legends of Loki, an online slot game that features the Norse God of mischief, who helps out players by awarding sticky wild symbols, reel respins and guaranteed winning spins, plus there's a free games feature with even more chances to land some prizes.

Presented in a cartoon style, the 5 reels have their symbols in 3 rows and there are 20 paylines running across from left to right. While playing card symbols will award the lower value prizes, there is a variety of Norse Gods to play out the top winnings.

Game Features From The Norse Gods

Thor's hammer is a wild symbol which can substitute for others, helping to complete win-lines, but there are a number of special wild features that can be awarded at random.

In the Wild Strike feature, a grinning Loki will add sticky wilds to the reels before a spin, while the Storm Shower feature sees lightning striking the reels after a losing spin, turning random symbols into matching ones.

If the left side reel is filled with the same symbol type, it will remain locked in place while the others spin for free, and should more of the same symbol or the wild appear, the respins continue, hopefully creating win after win until no more are landed.

Ten free spins with a randomly selected sticky symbol that will stay in place whenever it appears, can lead to some huge payouts from this entertaining slot that's playable across desktop and mobile devices.

The head of business development at iSoftBet, Michael Probert has said “While we know that our players appreciate technical quality, we know that an element of mystery adds real excitement to a game.

"So, we paired our signature audio-visual excellence and unique mechanics with the Norse Legend of Loki to produce a game that we know will keep players on the edge of their seats.''

Legends of Loki can be found at online casinos powered by iSoftBet.