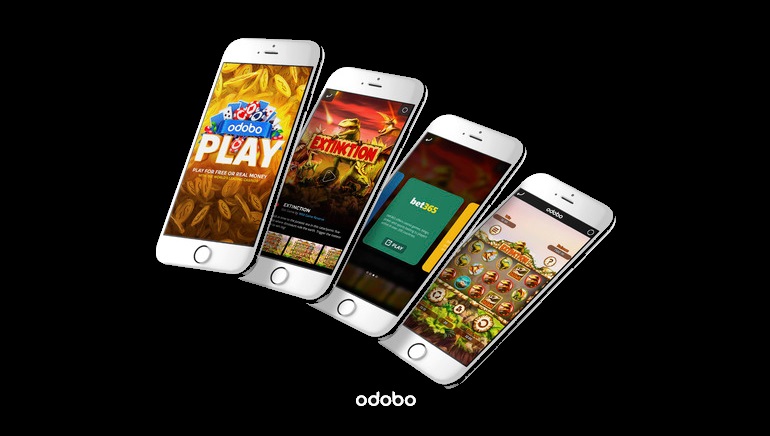 Odobo's new app will let developers decide how successful their games are.

Odobo recently announced a brand-new app for iOS devices, which claims to be a game changer. The release is a customer facing application that lets online gaming developers become active in the actual success of a game.

Odobo has chosen to open with iOS-only for the time being but plans could be to reach multiple devices and platforms in the future. The Odobo Play app showcases games from a number of participating studios that take part in the Odobo Developer Program.

Such studios include Applejack Gaming, Probability Jones, Rabcat, Trimark Gaming and Vermantia to name a few. Odobo also has its own studio Wild Game Reserve in the program.

Dubbed a "Game Changer" by Odobo founder and CEO Ashley Lang who is confident that his team has created a new way for players to discover games. “It offers great casino content from multiple leading studios and the choice of free or real-money play with the world’s leading operators,” he continued.

Players will be able to find new casino games to try according to the studio or category that they choose. Much like an online games database, the Odobo Play app features games using screenshots and description on a unique information card, giving players just enough to make them want to play.

Fans of free games will be able to practice their skills and have fun, while real-money players from approved regions (currently UK only) will be able to try for big jackpots. The app gives users the option of some of the biggest casino brands like bet365, Unibet, Betfair and Coral Interactive.

In the near future, Odobo wants to add a virtual currency option, while new casinos will automatically appear once they become licensed with Odobo. These plans give players a new way to play and also makes way for a new commercial opportunity for developers.

Some of the popular titles include Akaneiro, Castle Builder, Extinction and the Oddventurers and they are all optimized for even the newest iDevices. Using the iCloud, players can sync to multiple devices and share their big wins with friends. Players can find the games at leading online casinos like bet365 Casino, Unibet Casino, and Gala Casino.