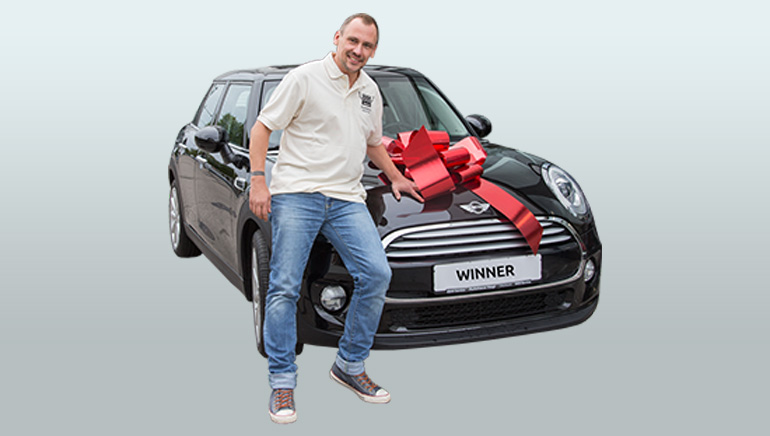 A winner has finally been revealed for the Super Duper Mini Cooper Slots Tournament hosted across SkillOnNet casinos up until October.

The SkillOnNet casino network has announced that one fortunate player has managed to win a brand new Mini Cooper from a large-scale competition. The network is home to leading brands like EUcasino, Slots Magic Casino and PlayOJO Casino, with players competing from numerous sites trying to win the grand prize.

From October 2017, the owner of the Mini Cooper will be a player who goes by the username of “Lupo2017”. In winning the car, they had to enter a promotional event called the Super Duper Mini Copper Slots Tournament.

Quite often, these sorts of events are operated across numerous SkillOnNet casinos. SkillOnNet has also said that the event attracted thousands of entrants, who also competed for a wide range of other casino prizes, such as bonuses.

However, only one player could win the overall prize of the Mini Cooper. In this case, Lupo2017 was forced to come from behind after beginning from 4000th place in the leaderboard tournament.

SkillOnNet spoke to Lupo2017 in the wake of their victory, with the player describing the feeling as “fantastic”. Lupo2017 added that the experience was even more memorable because, up until that point, they had never won a prize from a competition.

Vicky Samuels is employed as the head of tournaments with SkillOnNet casinos and had a number of comments to add in regard to the Super Duper Mini Cooper event. In this case, Samuels revealed that the event had attracted many more entrants than the normal events, which are able to claim significant daily crowds in their own right.

Samuels also stated that she “enjoyed the ride” of seeing Lupo2017 climbing up the rankings from the lowly position of 4000. She also said that players were eager to outdo each other in the tournament by trying to play slots and improve their ranking to claim one of the various prizes.