Popular providers and popular slots are steadily being embraced by a savvy public.

According to the Spanish online gaming regulation authority La Dirección General de Ordenación del Juego, online gambling of registered users in Spain increased from from 2.2 million to 3.9 million in 2014, with 51.7 per cent newcomers to the ranks of active players.

Clearly, an acclimation process its taking place in the Spanish market: further interesting bits of information about Spanish online gambling activity includes the fact that the average ‘player lifetime’ was 3.27 months with 41.7 per cent of players partaking on online gambling for no more than a month.

The challenge for operators to keep customers can also be seen as a positive reflection on the ability of Spanish gamblers to avoid addiction or excess.

Nonetheless, among active player-clients, operators still managed to keep their loyalty: over 70 per cent of Spanish players registered with just one operator, with only 1.6 per cent registering with as much as six operators.

The gaming preferences of Spanish players were also telling, with the most popular games showing as sports betting (60.4%) and poker tournament play (44.8 percent). Meanwhile, 20.6 per cent of Spanish players were involved in non-slots casino play and 7.9 per cent in bingo, with the average players spending an average of €7,769 for a total average return payout from all games of an equitable 95.7 per cent.

It looks like if operators can just hold the course, they can build up a decent client base, with stable and steady growth mirroring the level of comfort that the Spanish players forge from available slot and poker play online.

Work does still need to be done on the verticals, where the majority of verticals in the Spanish market still saw a revenue decline, with only casino and contests posting growth. 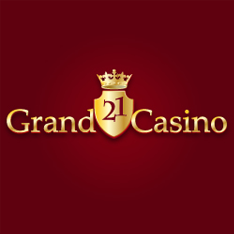