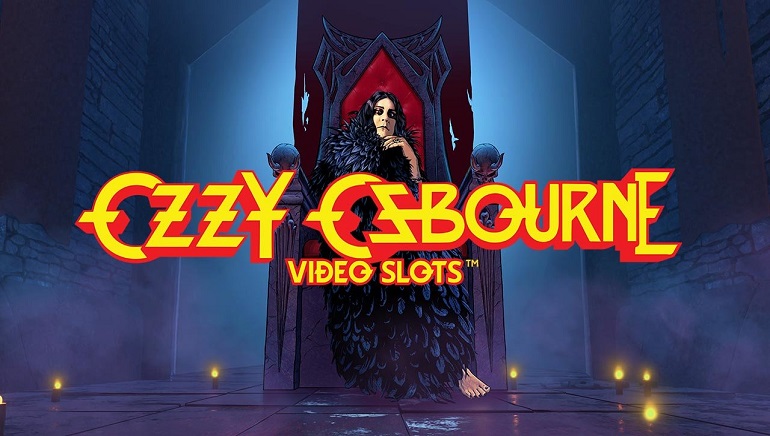 NetEnt’s Ozzy Osbourne slot is a visual and acoustic delight and a must-play game for people who love rock music.

NetEnt slots inspired by famous rock bands have electrified fans of the genre over the last couple of years. On November 21, 2019, the software developer sets another important milestone with the Ozzy Osbourne slot. This new game pays tribute to the Black Sabbath frontman, one of the most iconic and easy to recognize rock stars in history. With more than 100 million albums sold in his solo career, Ozzy Osbourne fully deserves a place in the spotlight, at the center of a fantastic video slot.

The new slot captures the very essence of Ozzy Osbourne’s career and gets players fully immersed into the atmosphere the moment the reels are set in motion. Players are greeted by a dark and gloomy setting, punctuated by scary symbols and Ozzy’s best songs playing in the background. Metal-heads will be happy to discover that the high paying symbols populating the reels depict Osbourne in some of his most iconic moments. The best-paying sign is also the scarier, and as it depicts Ozzy biting the bat’s head off, which pays up to 50 times the stakes without multipliers.

The best-case scenario is to win the jackpot worth 10,000 times the investment, with a maximum of 2500 times the line stake. Winning combinations are created from left to right and players need at least three identical symbols to reap the rewards. Ozzy Osbourne slot is a game of medium variance which allows players to bet as little as $.20 and up to $100 per round.

Risk-averse punters can stick to the standard gameplay, but those who don’t mind betting twice as much should activate the Bonus Bet Feature. The re-spin feature spices things up and it is triggered by landing two scatter symbols on the second, third or fourth reels. Players can unlock four free spins by landing three scatters and five if they have also activated the bonus bet.