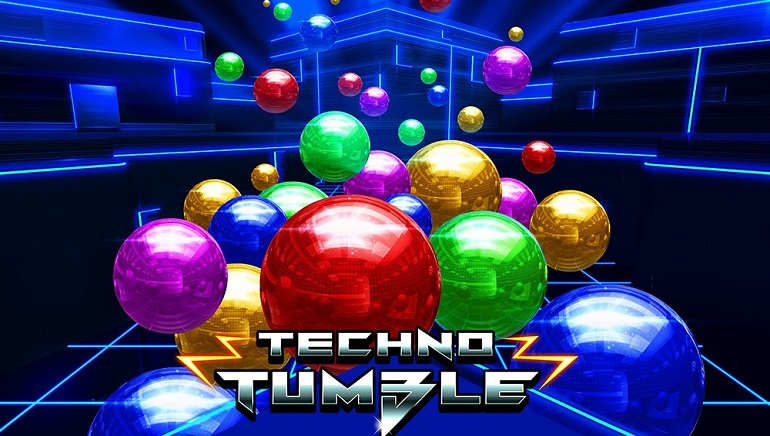 Habanero Systems has now developed more than 100 video slots as well as a smaller range of table games and video poker machines. Now, the software provider is branching out with the release of a brand-new game that is difficult to categorise. With Techno Tumble, users can play an instant-win game set on a pinball table.

In Techno Tumble, there are no reels whatsoever and the gaming interface displays an array of pinballs of different colours and sizes, along with special symbols in some cases. Habanero has described the Techno Tumble has highly volatile, thus indicating that much larger wins are up for grabs but on a much less frequent basis than low-volatile games.

To play Techno Tumble, it will require 25 coins and, depending on the casino, the return to player (RTP) could be as high as 98.05% or as low as 92.06%. A primary version of the game has been developed for desktop devices, while a smaller and less data-intensive version is available for smartphones and tablets.

In a round of Techno Tumble, anywhere from 15 to 45 pinball symbols can drop down into the playing area. The pinballs can bump and jostle with one another for position before eventually settling.

Once the pinballs have settled, the game shall determine if any groups of winning symbols have been formed. After winning a round of Techno Tumble, this can lead to additional rounds of cascading symbols, whereby multipliers can increase and award larger winnings.

Habanero has also included scatter symbols that are recognisable for their green appearance and three white triangles. Eight free games can be awarded if three or more scatters appear anywhere in view. An additional four games are provided for every extra scatter, with Techno Tumbling allowing up to 24 free games in total.