Sun Palace Casino is one of the more widely played online casinos worldwide, particularly in the USA where its' combination of Realtime Gaming software and generous bonuses have made it a big hit with both new and old customers. Among the most famous slots featured here is Aztec's Millions, which can reward lucky players with progressive jackpot prizes of well over $1 million.

How To Play Aztec's Millions

Aztec's Millions is packed with bonuses like a free spins round, and a Skill Stop feature. This is a five reel, twenty-five payline game, where all paylines are automatically selected. There is a popular ancient civilisation theme, with symbols like the Aztec Queen, Jaguar and Ceremonial Necklace giving it an appealing look. In this game, the Aztec King acts as a wild symbol, replacing all except the 'Idol' scatter and progressive symbols to help create more wins for the players, while getting 3, 4, or 5 scatters anywhere on the reels triggers a free spins round. 3 symbols wins 5 free spins, 4 symbols gets 15 spins, and 5 scatter symbols earns the player 25 free spins, with all wins tripled in value during this round.

The Skill Stop feature lets players click on a button to instantly halt the spins, and if they are quick enough, they can be stopped on a winning combination.

But the highlight of this game is the progressive jackpot prize. This starts at $1 million, and each time a wager is placed at any casino which carries Aztec's Millions, a small portion of the bet goes into the progressive jackpot fund. The Aztecs' Millions symbol is what players need to look out for, as even getting one on the reels will win a prize equal to 5x the line bet amount. The more that appear on a payline, the bigger the prize, and should five appear on one line, the major prize is won.

Players at Sun Palace Casino can play this fantastic slots game as well as well over 100 other hit titles, including other progressive games like Jackpot PiÃ±atas and Jackpot Cleopatra's' Gold. Sun Palace accepts US players as well. 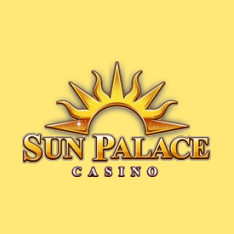 Progressive Jackpots Special: Over $5 Million About to Burst