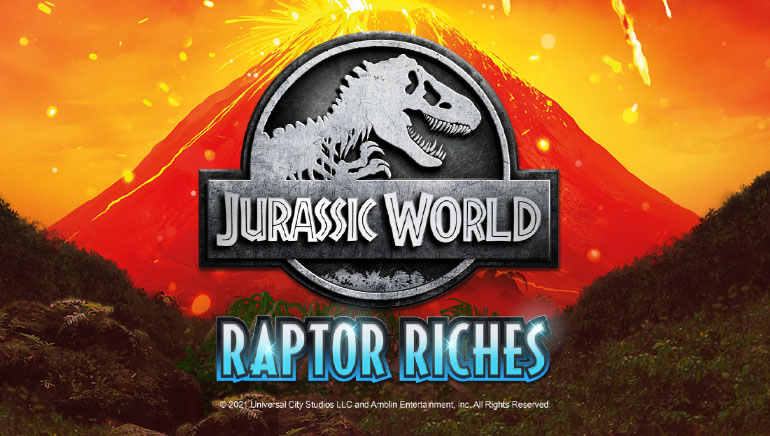 In celebration of the change of season that September heralds Microgaming have announced the release of 15 exciting new casino games. The list comprises no less than 12 online and mobile slots, two online bingo games and one Western-themed Texas Hold’em title.

What makes this list of new releases even more enticing is the fact that not only do they expand their portfolio of casino games with new intellectual properties, but they have also added new games that will appeal to fans of existing games.

These fan service titles include a new Mega Moolah progressive slot, a new Jurassic Park game plus a fresh take on the tried and true Alice in Wonderland theme.

When it comes to brand recognition it is difficult to outperform the Jurassic Park franchise. Not only does it comprise several hit movies, but it has spawned television series, books, and a selection of fan favourite video slots.

As fans of all things Jurassic, we were blown away to see that Microgaming will be launching their newest Jurassic World: Raptor Riches slot on September 22nd.

As the title suggests this high variance slot features all the characters, dinosaurs, and setting of the 2018 film. As you spin the 5x3 reels you can expect to see symbols containing Chris Pratt, Jeff Goldblum, Blue and even the fearsome Indoraptor filling the games 20 ways to win.

In keeping the stakes of the movies Jurassic World: Raptor Riches offers players the chance to win up to €250,000 when spinning at the €100 max bet setting. Not to worry if this does not fit your budget as the cost per spin starts at a very reasonable €0.20 per game.

Microgaming have also offset the video slots high volatility by ensuring a very fair RTP of 96.02% during the base game with the option to increase it to 96.04% by activating the WinBooster feature.

When it comes to original IPs Microgaming Mega Moolah progressive jackpot slots are by far their most instantly recognisable titles. This is not surprising given that the network has paid out more than €1.45 billion its inception in the early 2000s.

With this in mind it comes as no surprise we are every excited to play test The Witch’s Moon Mega Moolah slot for ourselves. Microgaming have announced its release date as September 30th, making it one of the most hotly anticipated Halloween titles of 2021!

The reels of this magic-themed slot machine are filled with pretty witches, winged frogs, bubbling cauldrons, and of course big win potential. Even the Wheel of Fortune mini-game that you play when the progressive jackpot is triggered sees the various segments decorated with waxing or waning moon elements with the Mega Moolah segment sporting the only full moon on the wheel.

While the slot machine boasts one of the richest and most prolific jackpots online Microgaming have ensured that all fans of the game will be able to play it by limiting the stakes to between €0.25 and €6.25 per spin.

Microgaming know that their fan base is made up for more than just slots players which is they have included three casino games that are not related to any of their video slot IPs.

The first will be Tomatina Bingo which delves into fun and madness of the Spanish Tomatina Festival where celebrants pelt each other with tomatoes. The festival began in 1945 when young people attending a concert got into a fight which ended with them using tomatoes as their ammunition.

The second will be Calavera Bingo which pays homage to Día de Muertos (Day of the Dead). Rather than being time of sadness the Mexican festival celebrates the memory of loved ones, bringing families together to pray, share stories and generally give thanks for those who went before them and to honour those that are still on this plain of existence with us.

Finally, September 23rd will see the launch of Microgaming’s Lucky Showdown Hold'em Poker game. This Western-themed poker games features three-way Sit & Go poker action with the chance of winning your share of the in-game progressive jackpot. Take your place at the table as the Hero and take the two Villain’s money the good old fashioned way… with your card skills.

Are You Not Entertained?

If all this amazing online gambling entertainment, has you wanting more here are the remaining titles that will be launched throughout the month of September:

Be sure to come back and read our in-depth online slot reviews of these titles as they are released. Not only that but we will be sure to tell you which online casino has the best Welcome Bonus and reload bonuses for you play them at.