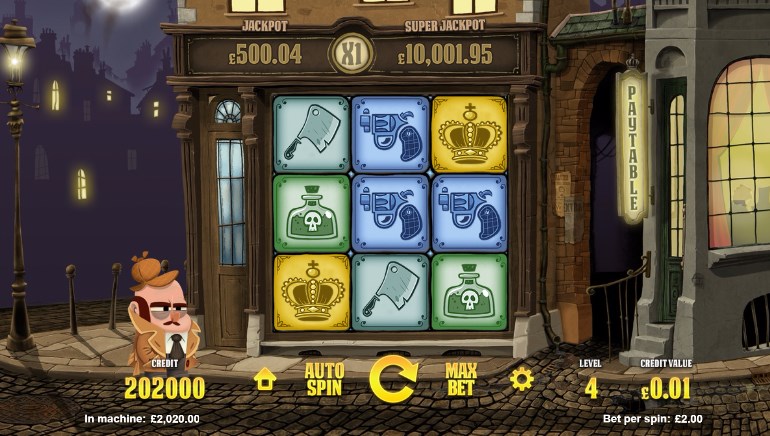 Inspector is a brand new slot for Magnet-powered casinos, where players will find a charming cartoon detective slot with a progressive jackpot and other features.

Magnet Gaming has debuted an amusing new slot game called Inspector. The funny side of the game stems from the portrayal of the clueless detective, whereas players will be much more competent while solving the slot-based mystery.

Magnet Gaming head of game licensing Thomas Nielsen has openly described Inspector as the studio’s best slot game yet. Inspector is out now at Magnet casinos, where players will step into an immersive story-driven experience.

The level of detail in Inspector is certain to impress players, who will be plunged into cartoon world that has been stunningly realised. On the left of the screen, the Inspector stands around looking like a less effective Sherlock Holmes. By this point, Big Ben will probably have chimed in the background to suggest the action is taking place in London.

In the slot itself, the gaming interface has been smartly displayed in a shop window, with uneven cobblestones displayed below. Magnet Gaming has opted for a more compact slot where three reels and three rows are shown. With nine symbols shown on the screen, there are eight paylines displayed in the paytable, which is available from a vertical shop sign.

Beat the Mean Streets of London

Inspector has been designed for desktop and mobile players, who can trigger a 2,500+ multiplier with three crown symbols on a payline. Ultimately, the winnings can vary depending on how much is staked, which can range from £0.20 up to £10 by adjusting the 10 betting levels.

Magnet Gaming has added a number of special symbols that can initiate some rewarding features, with the dual-tier progressive jackpot being a major highlight. Inspector also includes special symbols entitled Case Files, The Suspects, The Thief, and Game Flash. With Game Flash, the intention is to hunt for missing symbols, as Inspector will have the ability to launch bonus rounds to support the main game.