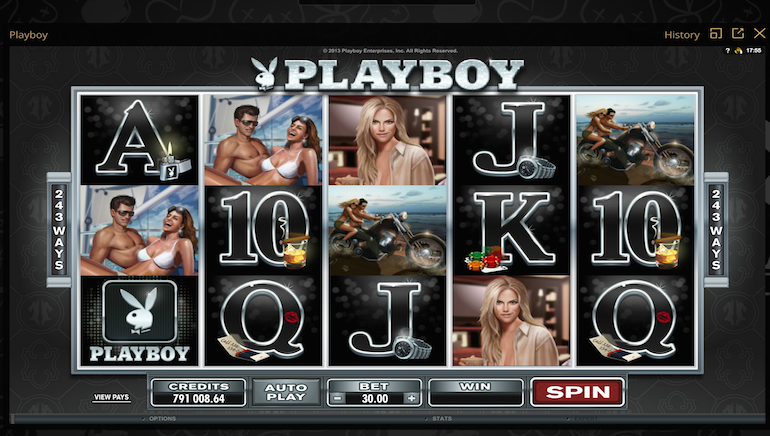 A lucky Aussie resident has scooped a prize of AUD$296,202.50 on the Playboy slot game at Casino-Mate.

Casino-Mate is an Australian facing online site that features over 700 slots, table and card games from a number of popular developers. Among their collection is the Playboy slot game from Microgaming, and on 11th March, a local player publicly known only as S.S. scooped a AUD$ 296,202.50 payout on this racy slot.

It's common practice to keep the names of big winners private, so all that has been released are some brief details of the lucky players' initials, the game they were playing and how much they won.

Unusually, there were no statements from a casino representative, and just the basics have been made public.

Alongside the girls, this game sees pictures of the famous magazine, a classic Ferrari and huge motorbike, while the playing card symbols are all decorated with expensive-looking watches, Poker chips and so on.

Extra features include entry to the Playboy Club, where new bonuses are unlocked, and four free spins games, each hosted by a girl. The number of spins ranges from 10 to 25, with each round having an additional feature such as Rolling Reels, where winning symbols are replaced by new ones, extra wilds, or win multipliers.

The maximum jackpot is 303,750 coins, so S.S. got pretty close to winning the biggest prize possible on this popular slot machine.