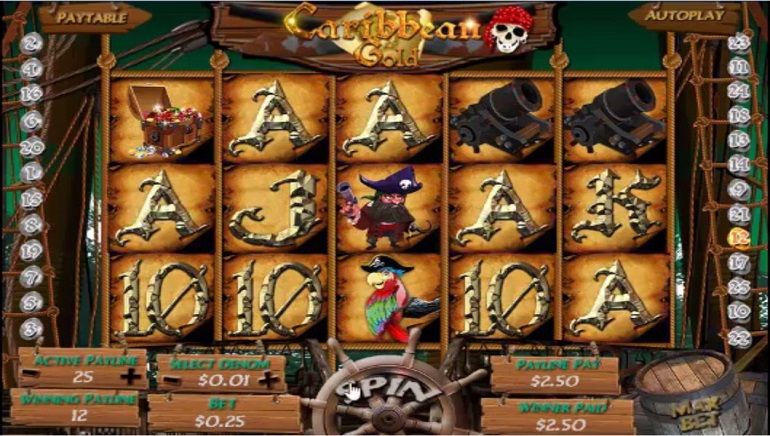 Harold S, a Liberty Slots Casino player from California, won $99,000 playing Caribbean Gold slot in mid-June 2017. He fought off the pirates and made off with the loot.

Liberty Slots Casino recently crowned a big winner when California-based Harold S won $99,000 playing Caribbean Gold slot. He was playing the slot game in the early hours of Sunday morning when he landed the multiple combinations. After claiming the jackpot prize, Harold commented, ‘I may have 99,000 problems, but cash isn’t one of them now!’

Liberty Slots Casino is known for its proprietary online casino games, and that’s what attracted Harold S in the first place. He was an avid player at the casino for several months before his big wins. The pirate-themed slot game by WGS gaming features 5 spinning reels and 25 paylines. This throwback adventure slot takes you back to the age of pirates, bottles of rum, and treasure caskets.

Caribbean Gold was launched in 2016 and has racked up an impressive following of 'pirate fans' in that time. Among others, the game sports a free game feature where players attempt to find buried treasure. All the memorable pirate symbols are out in full force, including the skull and crossbones, pirates, Macaw parrots and navigation devices. Other game symbols include the 10, Jack, Queen, King and Ace. Free spins, bonus rounds, multipliers, wilds and scatters are waiting to be unearthed.

Harold S spent approximately $150 in total - $50 at a time playing Caribbean Gold slot at Liberty Slots Casino. He spent less than $5 per spin, and was up to $600 by the time he was ready to turn up the heat. He also boosted his bankroll with a bonus package which rewards players with extra credits if they spend more than $35 at a time. After 2 hours of playing the game, he was up to $75,000 and after a nap he returned to win an additional $24,000. With his grand total on $99,000 Harold S called it a day and cashed out with the loot.