Slots games make winners. Consistently playing and believing in your chances can actually, really, pay off. Really pay off.


P.P is a regular at KS Casino, where he happened to play the Great Blue quite often. Over 9 days in April, he played and won the following sums:

The secret to reaching such large jackpots is the game's features, which include several: wilds with double wins, scatters, 33 free spins with 15X multipliers, a gamble round, and a maximum singe line jackpot of 10,000 coins.


The casino was established in 1998, and has since consistently paid out hundreds of thousands in monthly prizes.

The casino comes in a number of languages - including English, Italian, Spanish, German and Greek, which explains their Greek player - the lucky winner in the headline.

Customer support is available in these languages, and comes 24/7 of course. But don't expect the winnings to come 3-times monthly. That happens only some of the time. It happened to P.P. And it could also happen to you. 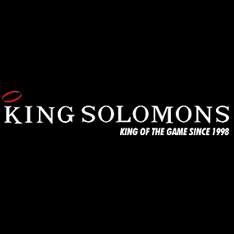 Find Every Type of Slot at Paris Win Casino