Players Get Locked & Loaded with Yggdrasil's The One Armed Bandit Slot 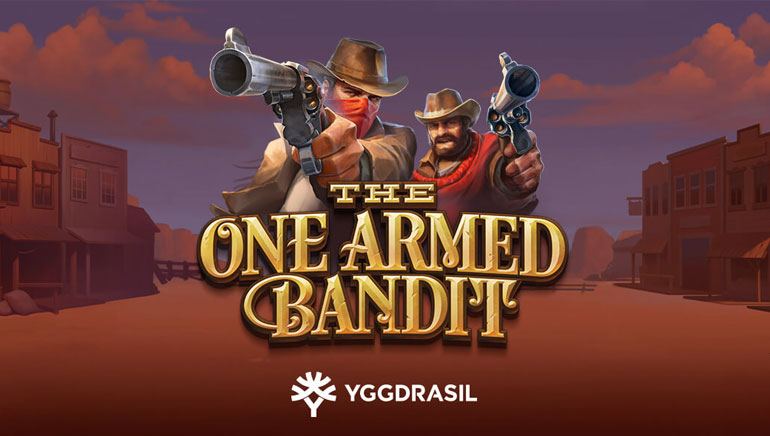 Yggdrasil has laid down a challenge to players: Compete in The One Armed Bandit and help the courageous sheriff nab the bad guys, dead or alive.

Players are tasked with assisting the lawman in his quest to drive the bad hombres out of town. Volatility is the name of the game, with multipliers of 100 X in free spins up for grabs. The gunslinger duel is where the free spins action begins, and captured gang members are represented by scatter symbols. These scatters can transform into a 5 X Multiplier Wild – ready for the next respin on The One Armed Bandit.

The sheriff has a lot of responsibility on his shoulders. His job is to run the outlaws out of town, and if he manages to do that, there’s the grand finale. The next challenge is a showdown against the gang’s leader. This plays out during free spins mode and if the sheriff is victorious, he’ll ride off with a fistful of dollars in hand. This epic slot game epitomizes the best of the Wild West and does justice to the frontier days.