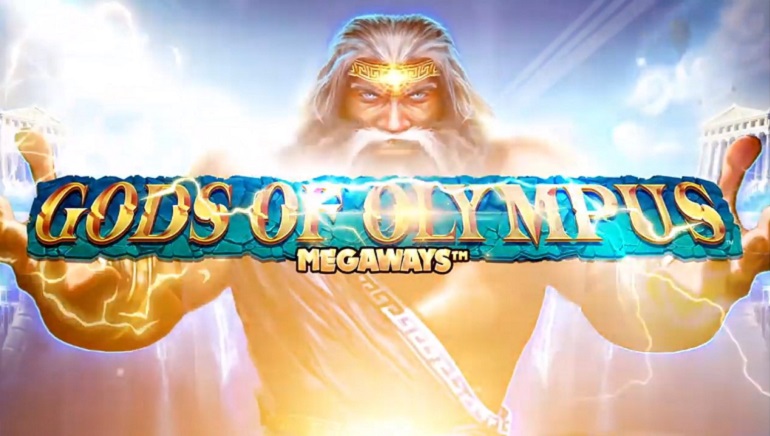 Gods of Olympus Megaways is a new slot from Blueprint Gaming that features powerful deities of ancient Greece across 6 reels and up to 15,625 ways to win.

Blueprint Gaming has gone back in time with the brand new Gods of Olympus Megaways slot. Players will be able to join Poseidon, Athena, Ares, and Zeus when they spin the 6 reels, unlocking up to 15,625 different ways to line up symbols for a win.

The epic setting for the Gods of Olympus slot is the legendary realm from where the ancient gods of Greece influenced the lives of their subjects. While playing card symbols pay out smaller prizes, the gods themselves return prizes of up to 25x the stake when crossing the 6 reels.

The game uses the popular Megaways system under license from Big Time Gaming. Reels can have up to 5 symbols on each, which gives players a range of between 64 and 15,625 ways to win.

Each god has its own special powers, randomly awarding mystery modifiers in any spin. Wild multipliers, colossal symbols, respins with sticky winning symbols and more are granted by the gods.

Zeus can unleash bolts of lightning to trigger a choice of 4 free spins rounds. Players can choose to have extra wilds in play, rising win multipliers, wilds that can potentially boost payouts by 625x, or roaming wild symbols.

Playable for stakes of between 0.10 and 10.00 per spin, Gods of Olympus is desktop and mobile compatible. It's a high volatility game, with average returns of 96.03%. Players can now find it at casinos that use the Blueprint Gaming range.

Jo Purvis, Director of Marketing and Relationships at Blueprint Gaming, said: “Gods of Olympus is an exciting addition to our slots portfolio, with plenty of bonus rounds to keep players gripped and entertained.

“The superpowers that these famous Greek gods hold ensures that the gameplay can change in an instant, keeping players on the edge of their seat. We’re confident the game will make a thunderous impact in the coming months.”