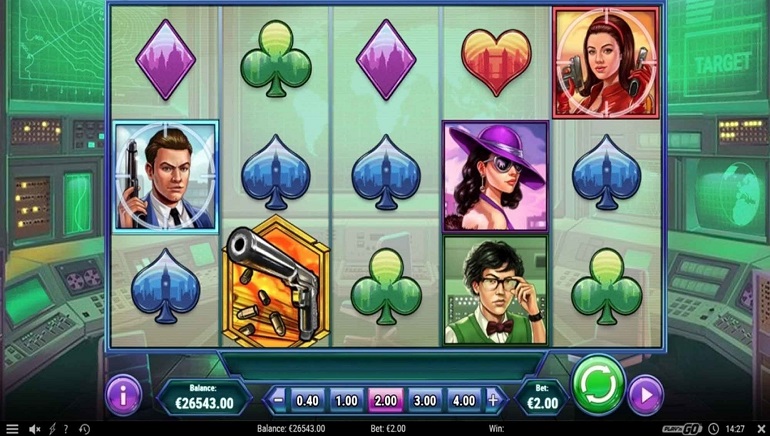 Leading game maker, Play’N GO has recently unveiled its most daring espionage thriller yet in the form of Mission Cash slot machine game. This Bond-esque slot game packs a punch, with debonair agents ready for an epic mission!

Suit Up for the Ultimate Mission

Mission Cash takes players on a daring adventure to central command where they will be dispatched into the field, on their next high-priority assignment. With operatives all around, this slot machine game is filled with intrigue and action. With 5 spinning reels, 3 rows, and a dazzling array of interactive entertainment, players will soon find themselves taking aim at big prizes with 3D animation to boot.

A Spy Thriller for the Ages

Mission Cash by Play’N GO fuses the best of the UK-themed spymasters including James Bond, Kingsman, and Austin Powers in many bold adventures. The expanding wilds cover entire reels as operatives fire high-powered weapons at symbols on screen. The audio-visual elements are engaging, and the characters certainly warrant careful scrutiny. Among the many in-game features are ‘Take the Shot’ with a moving crosshair on every spin. If the bull's-eye lands on Agent Red or Agent Blue, they will turn wild. This results in re-spins which can also be retriggered. Players can win up to 5000 times their bet with the feature.

Free Spins (T&C) are awarded when crosshairs land on scatter symbols. Players are automatically awarded 8 Free Spins with the option for characters to ‘Take the Shot’ for re-spins. Mission Cash features several characters including Agent Blue, Agent Red, Agent Purple, and Agent Green. Each of them acts as a wild symbol and can substitute for scatter symbols to form winning combinations. These wilds are only available during the Free Spins mode. The high paying symbols include Agent Blue and Agent Red and the low paying symbols include Agent Purple and Agent Green. Other symbols include hearts, clubs, states, and diamonds.