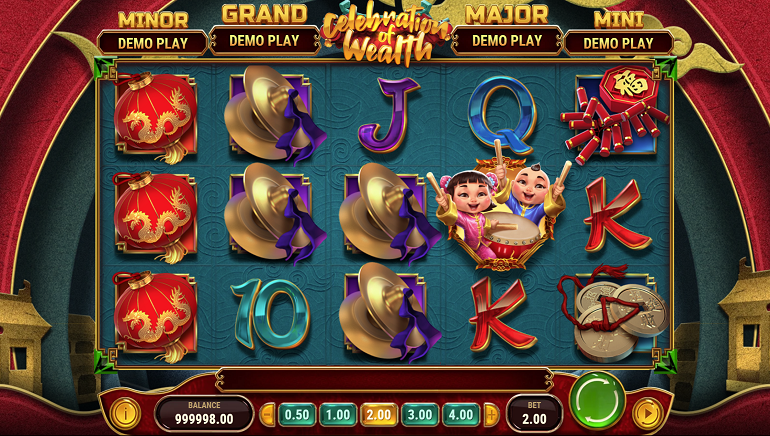 The Wealth Package is a new series from Play’n GO and will feature new slots to include Beast of Wealth, Celebration of Wealth, and Temple of Wealth.

New for autumn 2020, Play’n GO is introducing a brand-new series of video slots that launch as a trio and will focus on the Asian ideals surrounding wealth, prosperity, and good fortune. Known as The Wealth Package, the series shall include Beast of Wealth, Celebration of Wealth, and Temple of Wealth – all of which include a progressive jackpot.

Starting with Beast of Wealth, Play’n Go has designed a mobile-optimised video slot with five reels and three rows. And appearing in the various positions are four magical guardians in the form of a dragon, a phoenix, a tiger, and a tortoise. Plus, there are low-value symbols to include playing cards from 9 to A.

A gong has been chosen as the wild symbol whereas the scatter is the Ying and Yang. By landing three scatters, the player can receive eight free spins. One of the four guardians can then be selected to appear on the reels, while a mystery selection can be made on the player’s behalf if needed.

Only the selected guardian will be able to land while the free spins are active. If three more scatters can be landed during the feature, then the Beast of Wealth slot will deliver another eight free spins for the total.

The Celebration of Wealth slot has the same structure, though can provide up to 7,776 payways during the gameplay. This time, the high-value symbols have been chosen in celebration of Asian festivals. Among the symbols are images of cymbals, firecrackers, red lanterns, dancing dragons, and Chinese coins.

A couple of Fu Babies appear with their drums to represent the wild symbol, which can be used in substitution of the slot’s low- and high-value symbols. Meanwhile, a festival is underway in the scatter and three of these symbols can initiate free spins.

Depending on the number of spins, the slot can expand to become five reels by six rows and with up to 7,776 payways. Players are encouraged to choose their preferred configuration, but the game can select for them and award 88 symbols at random.

Temple of Wealth is also made with five reels, three rows, and payways. Play’n Go has opted for low-value playing cards to support the high-value symbols of a lucky Fu Baby, gold ingot, golden koi, gold coin tassel, and golden God of Wealth.

Players can find that any of those symbols can be substituted by a lucky red door, which is included as the wild symbol. Plus, there is a Yin and Yang scatter symbol, with three being needed to attain free spins.

Free spins will also introduce the Kylin mystery symbol that lands to become any other image, stick in place, and duplicate on a reel. Players will have the option to choose their preferred combination of free spins and Kylin symbols.