Play’n GO Conjures up The Rise of Merlin Slot Game 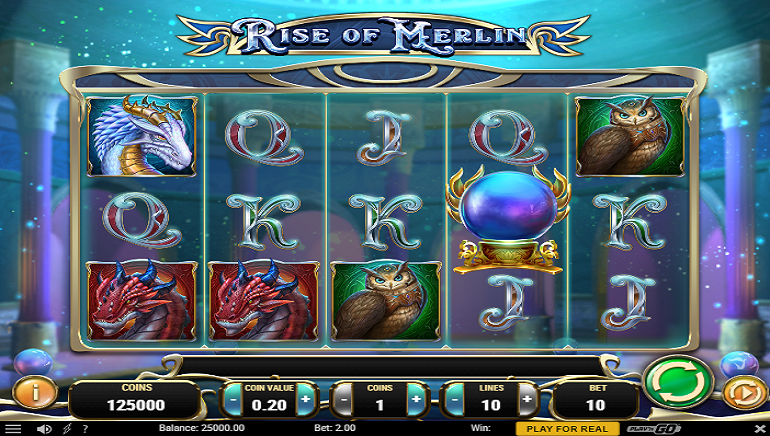 The Rise of Merlin is the latest slot game from leading game maker, Play’n GO. This game takes place in a mystical world of Arthurian legend, where sorcery abounds.

Rise of Merlin takes us back to the time when Merlin was a young wizard, learning the art of his craft. This slot machine game plays out on a 5 x 3 grid, with feature-rich symbols and exciting in-game elements. Players are tasked with matching up 3+ symbols on any of the 10 winning pay lines. It's a captivating slice of wizarding prowess, and it's delivered with aplomb.

Among others, players will encounter the Magical Orb – Merlin’s favourite symbol. This acts as both a Wild and a Scatter symbol to help players form winning combinations in the game. It also brings the Free Spin feature into play. When players land 3+ Magical Orb symbols anywhere on the reels, the Free Spin round kicks in. Players will be awarded a minimum of 8 free spins. It's easy to re-trigger this feature by landing 3+ extra Scatters while the Free Spins round is in play. This rewards players with 8 more spins.

Features and In-Game Elements in Rise of Merlin Slot Game

With the re-triggers, the same rules apply, but each symbol expands one after the the next, beginning with the lowest-paying symbol. After a qualifying spin, normal payouts will be made, followed by additional symbols which begin expanding and paying out. During Rise of Merlin slot game, free spins rounds can be re-triggered until all symbols have become expanding symbols. This is a high volatility video slot game with a generous RTP and many exciting in-game elements provided by Play’n GO.