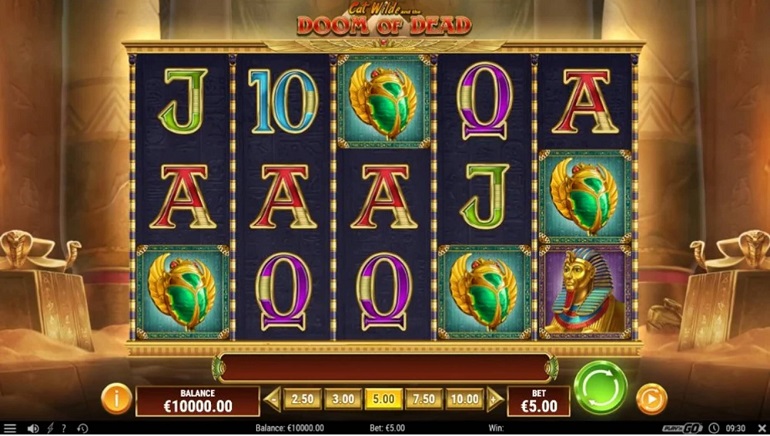 Cat Wilde is the daughter of Rich Wilde and star of the brand-new Doom of Dead slot released at participating Play’n GO casinos.

So far, Play’n GO has developed and released three mainline entries within the Rich Wilde series, which stars an intrepid explorer whose adventures often call him to Egypt. Now joining Book of Dead, Tome of Madness, and Shield of Athena is a spinoff slot called Cat Wilde and the Doom of Dead.

In this adventure, players will pick up their mobile or desktop device and join Cat Wilde, who is the prodigious daughter of Rich Wilde. Doom of Dead is intended as a spiritual sequel to Book of Dead and will see Cat Wilde faced with a journey into Egypt, where she intends to search for relics from lost pharaohs.

Cat Wilde doesn’t deviate from the core formula of the series and appears on an interface produced from five reels and three rows. Each wager can be selected from a low of €0.10 and there are numerous other values to back between that and the highest stake of €100.00.

Ten paylines have been added to Cat Wilde and the Doom of Dead and symbols must be matched from left to right for a win. Five playing cards have been designed and aren’t as important as the four base game symbols and their higher multipliers.

In Cat Wilde, the five wild symbols can expand to fill up an entire reel. They can be just as valuable as the Cat Wilde Symbol, what with five wild symbols triggering a 1,000x multiplier if landed in a sequence on the same payline.

The compass scatter can provide a 300x multiplier if three are landed while also initiating free spins and the chance to win 5,000x times the bet. A further advantage of the free spins is that a symbol will be selected at random to expand and cover one entire reel during the feature.