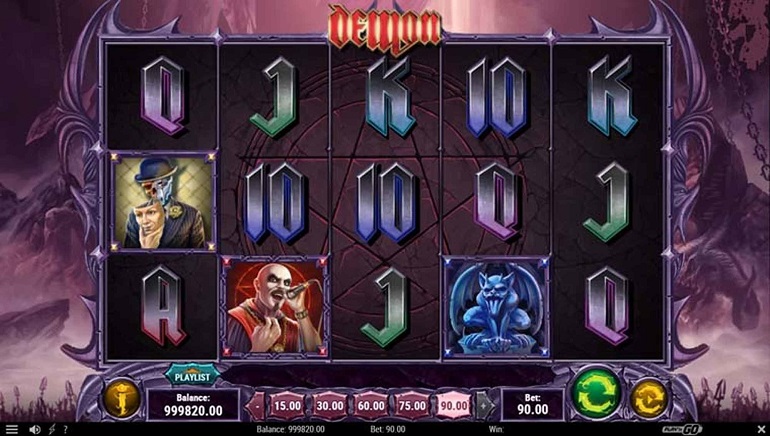 Heavy metal is the name of the game in the new Demon slot from Play’n GO, which lets players trigger a variety of free spins.

Play’n GO has brought a brand new music slot that is based on an English band that was pivotal in driving forward British heavy metal from the late-1970s onward. The band in question is called Demon and is still coming together for shows in the present, having inspired the likes of Def Leppard and Iron Maiden.

This isn’t the first time Play’n GO has released a musical slot, having previously unveiled the House of Doom slot in 2018. For this latest entry, the Demon slot is going to provide players with an interface made with five reels by three rows.

Covering the positions are four past album covers as well as Demon’s lead vocalist, Dave Hill. A further 10 symbols have also been chosen from past LPs, with the slot paying out winnings when three or more symbols are aligned from left to right on any of the 30 paylines.

The first of two substitute symbols is the Wild Mask, which is well-known by fans of Demon’s live shows. Although only able to land on the middle reel, it can combine with a Dave Hill symbol. At this point, Dave’s symbol will don the mask and start performing as if he was a wild for a single spin.

Up next is the Wild Amulet that can land on the first or fifth reels. Pairing two Wild Amulets on those reels along with the Wild Mask in the middle reel shall cause the One Helluva Night free spins to trigger. Depending on the position of the mask, there could be up to 11 free spins to collect and a randomly chosen multiplier.

Wild Amulets can land again to bring forth Depths of Hell Nested free spins, with a whole host more perks to potentially benefit from. Throughout all of this, players can enjoy the jukebox feature and listen to nine Demon songs from the band’s previous records.