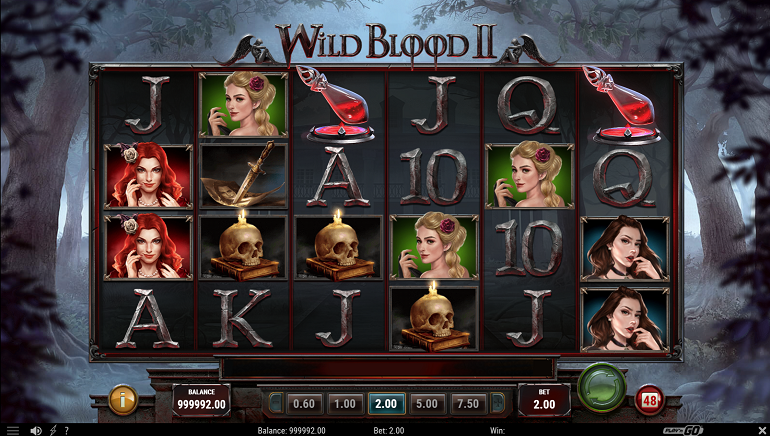 Southern belles Laura, Margaret, and Rebecca will all return in the brand new Wild Blood 2 slot from Play’n GO.

Players at Play’n GO casinos will get to revisit the Wild Blood slot series, which was first released in 2013. Years later and the software provider has elected to revisit the vampire video slot tale with the launch of Wild Blood 2.

The original was set on an interface with five reels and three rows. This time around, the mysterious Southern belles will take to a new setting with six reels and four rows, which allows for more than 4,000 paylines to be included.

The aim of the gameplay is to line up three matching symbols on one of the paylines to win from the base game. Playing cards account for 10 of the low-value symbols, whereas the characters Laura, Margaret, and Rebecca are the high-value ones.

Dracula makes an intriguing appearance as both the wild and scatter symbols. He even carries the power to expand on the sixth reel and can trigger a Vampire Bat Re-spin that causes him to move onto the first reel for one spin.

Anyone interested in the Bloodlust feature can trigger free spins with three or more scatters, with 10 to 25 free spins up for grabs. At this stage, the player gets to choose one of the main characters.

With Laura, any wild from reel two onwards will spread vertically up or down. Laura can even turn wild if her feature is activated when the Vampire Bat Re-spin is triggered.

Choose Margaret and any symbols that appear from reel two onwards will be added to the Bloodmeter, which can be filled with four wilds to provide two more free spins along with a 5x multiplier.

Rebecca rounds out the pack and can cause standard wilds to become multiplier wilds worth 2x or 3x. This can even have an impact on the Vampire Bat Re-spin and wilds can be combined for a much larger value.