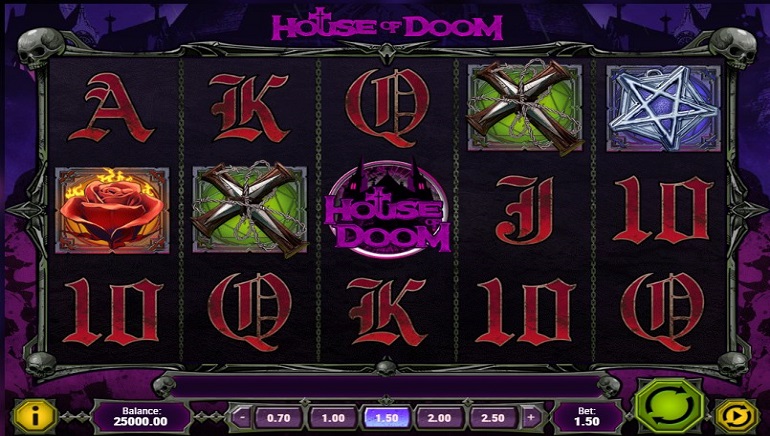 Play’n GO collaborated with a Swedish doom metal band to create its House of Doom slot, which was released back in spring 2018.

One of the more interesting partnerships of 2018 has to be the collaboration between iGaming software developer Play’n GO and doom metal band Candlemass. Ultimately, this led to the spring release of the House of Doom slot, which featured a uniquely composed soundtrack from Candlemass.

For the uninitiated, Candlemass are viewed as one of the founding forces of the doom metal scene. Hailing from Sweden, Candlemass are often mentioned in the same breath as Black Sabbath, which was fronted by the iconic Ozzy Osborne, having been active since the 1970s.

In working with Candlemass, Play’n GO was eager to engage in collaboration with the band, as revealed in a recent interview by the company CEO with iGB. Johan Törnqvist explained that Play’n GO wanted to evolve the process beyond merely acquiring intellectual property, so that the band would actually have a creative involvement.

Törnqvist explained that creating the horror slot called for Candlemass to collaborate in the studio with Play’n GO producers. And this process established as a means of ensuring that House of Doom would attain the right feel and theme for what the game was aspiring to be. All in all, Play’n GO has spoken positively of the collaboration process.

House of Doom was released as a dark, foreboding slot, one that was filled with pentagrams and ominous imagery as the symbols filling the five reels. Meanwhile, in the background, Candlemass play through beefy guitar riffs as a means of providing an added bite to the entire experience.

Special features were also added to the experience, with Play’n GO using scatter symbols as the means of triggering free spins. Another key feature is the Hellgate, which is used to randomly highlight reels to potentially use wild symbols to expand and fill an entire reel. Lastly, the Skulls of Abyss is a mini game where cash prizes can be picked out.