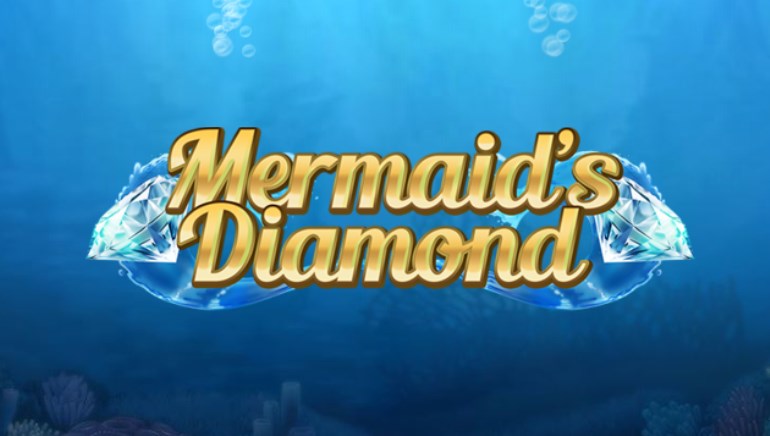 Play’n GO’s newest slot, Mermaid’s Diamond, releases today, and it is a slot game that's both beautiful to look at and fun to play.

Play’n GO’s newest slot, Mermaid’s Diamond, releases today, and it is a slot game that's both beautiful to look at and fun to play. The main character is a stunning mermaid, and she is surrounded by precious gems, treasure chests, and other riches in the deep blue ocean. The slot is packed with special features, including a Free Spins feature that creates the opportunity for continuous wins.

Mermaid’s Diamond is made up of 5 reels which form the shape of a diamond, and there are 720 fixed payways that pay out in both directions.

The Mermaid acts as the wild symbol while a treasure chest acts as the scatter. Other symbols include precious gems, sea creatures, and shells. The graphics are crisp and the soundtrack intriguing, but that is to be expected of any Play’n GO slot.

The Divine Intervention feature is a great feature that gives players the chance to win even on a non-winning spin. How does it work? If a non-winning spin has 4 scatter symbols, the Divine Intervention feature will automatically add a fifth scatter to the reels, which is what is needed to activate the Free Spins feature. The Free Spins feature can also be activated naturally when 5 scatter symbols land on the reels.

Once the Free Spins feature is triggered, you will be shown 5 treasure chests, and you get to choose one to open. You can win between 10-25 free spins. During the free spins, there is a diamond symbol, that, when 5 are collected, can trigger the Trident Wilds feature.

The Trident Wilds feature is a fun feature in which wilds are added on while the reels are still spinning. While the feature doesn’t guarantee a winning combination, it definitely makes it easier to get one.

Play’n GO is a Sweden-based online gaming software developer. Their games are featured at 100+ international online casino operators and in more than 32 languages.