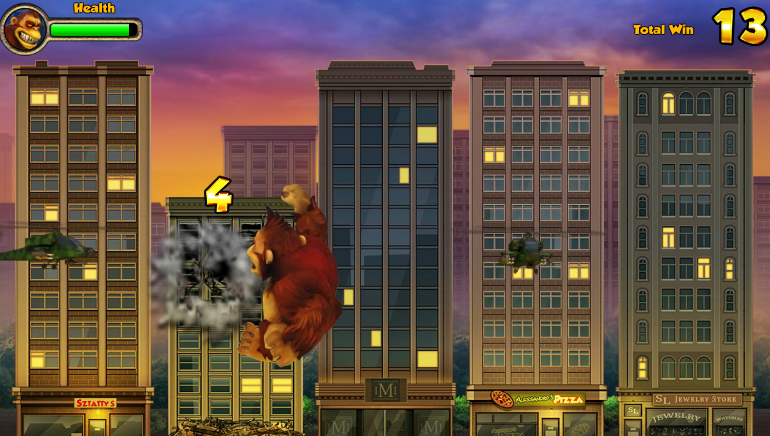 Rage to Riches is the latest slot release from world-renowned online gaming software developer, Play’n GO. In this game, players can vent their rage by knocking down skyscrapers and chasing after the gold - all with the help of some very angry monsters.

Rage to Riches can be played at Tivoli Casino, Casino Cruise and Spinempire casino.

Rage to Riches is a 5-reel, 20-payline arcade-style slot game that has some serious anger issues. Every time a player doesn’t get a winning combination, the level rises on their Rage Meter. When the rage becomes too great - watch out! An infuriated monster will attack the game.

When three blow-drying beauties appear anywhere on the screen, players win ten free spins. Whens player collect five straights, they are taken to the “Bust the Building” bonus round, which allows them to select a beast and destroy up to five skyscrapers, winning their property value. But players beware - the citizens are not going to take this lying down, so plan on dodging their bombs and bullets as you try to collect your money!

Launched in the mid-90s, Play’n GO has grown today into one of the foremost online gaming software providers in the world. Play’n GO was the first online game developer to move into the mobile arena, and to date the company has released 85 games that players can enjoy, hassle-free.