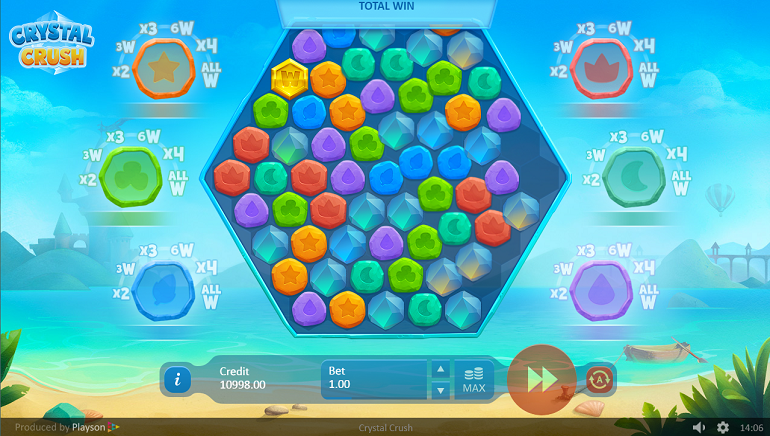 The roll-out of Playson titles across Kindred-owned brands like Maria Casino and Unibet will begin with Crystal Land and Crystal Crush, two newly developed games focused on mobile players.

A game developer Playson has announced its latest partnership with Kindred Group, one of the leading operators in the iGaming industry with several strong brands such as Unibet Casino and Maria casino. This strategic move by Playson should help them significantly improve their footprint in the regulated markets across Europe.

First games to be added to Kindred-owned brands will be two of the Playson's latest releases, namely Crystal Crush and Crystal Land. Both of these are non-traditional slots focused on the mobile segment of the market featuring larger grids instead of traditional reels and match-3 and cluster pays dynamics.

While these two games will be added to casinos such as Unibet immediately, the roll-out of Playson titles on Kindred brands will continue in the coming months with more popular games being made available to the players.

This partnership is a very significant one for Playson as it will open the doors for them to enter many new markets in Europe and put their games in front of countless new players. Kindred Group has gaming licenses in many key markets, including Sweden and the UK, which significantly improves Playson's position in the iGaming world.

This sentiment was clearly voiced in the PR announcing the deal, with company's Development Manager Lars Kollind emphasizing its importance and expressing his hope for a long and fruitful partnership for the years to come.

On the Kindred part, the decision to include Playson titles to their platform was made based on the quality of products developed by the company thus far. Having built their reputation with players and operators alike, the developer has proven they have what it takes to survive and thrive in the competitive market and Kindred Group officials are looking forward to results of this newly-forged partnership.