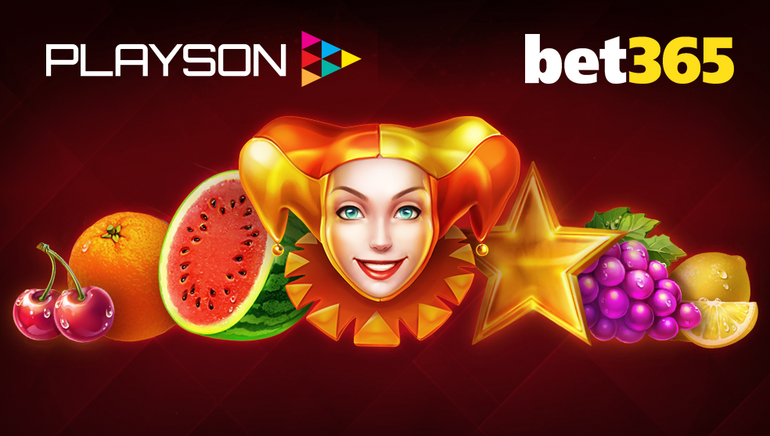 Playson's diverse UI will engage even more customers in Italy after a new deal with Bet365.

The deal will bring popular Playson's titles for the first time to bet365's Italy players, including Wolf Power: Hold and Win, Legend of Cleopatra Megaways™, and Rise of Egypt Deluxe.

Playson has been bolstering its wide and immersive suite of titles with a new UI supporting unique user features including single-handed gameplay in portrait mode, seen as optimal for mobile users.

The new agreement is a testament to the increasing appeal and quality of Playson's offerings in Italy, where the supplier has developed a strong following and successful engagement.

“We are thrilled to partner with bet365, an established industry-leader that needs no introduction.”

Homor lauded the international stature of bet365, as an affirmation of Playson's “status among gambling’s most dynamic suppliers.”

This should increase the stature of Playson's already extensive holdings, which have positioned Playson as one of the leading content development firms in iGaming. At this juncture, Playson's diverse staff from Malta, Ukraine, the UK, Romania, Hungary, Taiwan, and Greece have supplied games to more than 19 regulated markets, from a portfolio of more than 75 omnichannel casino games.

As far as credentials, Playson boasts licenses from the UKGC, ONJN, HGC, and recognition notice from MGA, and at this point is capable of meeting the needs of the most diverse and discerning operators and players.

With Playson's record of compliance and the region of Italy booming, this looks like a real chance for Playson to increase its industry stature. Considering the proliferation of gaming markets currently taking place, a foothold in an established European economic region can only bolster the expansion of Playson to diverse regions of all sizes and phases.

A balanced expansion to ingratiate players in Italy looks like a perfect solution for both Bet365 and Playson to increase their market edge.