A massive, state-of-the-art multiplex structure stands as the product of the migration.

Playtech has completed is happily announced completion of its largest ever Live Casino customer migration to a wondrous new facility.

The 8,500 square metre studio facility meeting serving as the new Playtech base of operations was officially completed September 21st, as the industry’s largest migration of dedicated Live Casino rooms in Riga, Latvia.

The move towards and to become the world’s largest Live Casino studio began in mid-2016 with Playtech’s acquisition of 8,500 square metres of prime real estate that had originally been of Riga’s Old Town capacity. The Playtech site was subsequently built on top of the city’s fortified 16th century walls in the heart of Riga Old Town as the largest Live Casino site in the word by far.

The acquisition kicked off intensive construction for the purposes of converting the site into a state-of-the-art, next-generation Live Casino studio.  Early 2017 saw the first tangible completion of the migration, with Sky Casino’s migration of its operation to the new site and switching on from there in April of 2017.

The remaining licensees followed suit over the subsequent 12 weeks. Among those emerging with dedicated offerings after completing the migration included leading iGaming brands such as bet365, Coral, Ladbrokes and Paddy Power-Betfair.

User response to the new dedicated rooms at Playtech showed rapid adaptation of players to the new, dedicated Live experiences, while feedback from licensees has been hearty and enthusiastic in regards to the new offerings they have been exposed to and inspired by the future prospect for growth.

Playtech COO Shimon Akad celebrated his organization’s “absolute commitment to delivering the best Live Casino experience,” calling the migration “one of our largest ever investments ever” in “completing the largest Live customer migration ever seen,” an experience he personally called “exhilarating” so far.

The complex and expansive technology is hard to describe unless experienced, but is loosely comprised of scores of state-of-the-art cameras; catering facilities to host hundreds at custom-made tables and gaming areas, and an advanced control and monitoring centre, and clearly enhances the value and capabilities of Playtech clients to no small degree. 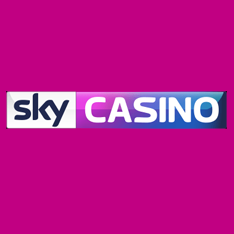