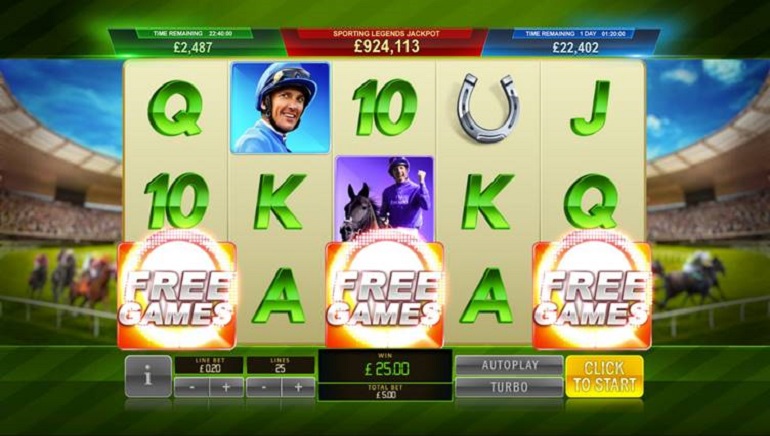 New Sporting Legends game suite will celebrate some of the biggest sports legends such as Frankie Dettori, Ronnie O'Sullivan, and numerous football stars.

Playtech, one of the leading casino game and software developers, has announced the release of a brand new game suite entitled Sporting Legends. The suite will honor a number of champions from different sports and it will be linked to a network-wide jackpot system. Players will have a chance to win three separate progressive jackpots: the main one, awarded randomly, as well as two smaller ones guaranteed to hit on a daily and weekly basis, respectively.

New Frankie Dettori Slot to Get the Ball Rolling

The first game in the series that is supposed to feature at least three different titles will be Frankie Dettori Sporting Legends slot. This is a follow-up to Playtech's successful Frankie Dettori Magic Sevens game honoring a legendary jockey whose biggest achievement was winning all seven races at 1996 British Champions' Day.

The company plans to unveil the new game today (February 6) at 2018 ICE, while the slot should become available to players on March 1st, just in time for the annual Cheltenham horse racing festival. The Frankie Dettori Sporting Legends slot launch will be accompanied by several promotions running until March 22nd, awarding a grand total of £200,000 in weekly prize draws and giving players a shot at a double jackpot.

More Sporting Legends on the Reels in Upcoming Weeks

The Frankie Dettori new slot is just the first of three games Playtech plans to include in their Sporting Series and the other two games are expected to be released in the following weeks. The second slot should be released in time for The Grand National and it will celebrate the success of Ronnie O'Sullivan, one of undisputed kings of snooker.

The third and the final game from this series will be rolled out before the much anticipated football World Cup. Entitled World Cup Top Trumps, the game will feature some of the biggest football stars on the reels, which should appeal to wide global audiences.

As mentioned, all three games from the Sporting Legends series will be linked to a jackpot system with countdown timers giving players a good idea when the next jackpot is due to hit. While the mega progressive is awarded randomly, daily and weekly jackpots must be awarded by the certain predetermined point.

Playtech's COO Shimon Akad was excited to announce the new series, underlining they were able to combine exciting themes with progressive jackpots running around the clock. He expressed his belief that the new Sporting Legends game suite will be well received by the players, just like many other titles that were released in the past.