Casino games themed after Superman, Man of Steel, Batman and Green Lantern will be coming from Playtech in the future.

Leading software developer Playtech has announced that it reached a new licensing partnership for multiple years with Warner Bros. that will allow it to create more themed games. The agreement will focus mostly on the iconic characters from the DC Comic universe which have been adopted into films and television series by the entertainment company.

A Whole New Series of Opportunities

While Playtech already has a collection of slots based on Marvel superheroes from different blockbuster movies, the new deal with Warner Brothers Consumer Products will have a very big impact on its collection of games.

The software developer will have the freedom to create new casino games themed after the popular Batman television series, which many fans are sure to enjoy. Here we can also mention potential new slot machines based on Man of Steel, Superman and Green Lantern since all of the films were produced by the studios at Warner Bros.

According to the statement made by the Playtech chief executive, all of the premium new games will be launched on the ONE platform, which will make them accessible on any device and from just one account.

The DC comics also include superheroes like Wonder Woman, The Flash and Aquaman, which either have their own TV series or films, or are now in the process of being created. This can mean more options for Playtech to turn them into slot machines in the future.

Looking Forward to the Titles

The new slots will be available for customers at top online casinos powered by Playtech, such as Omni Casino, Video Slots Casino and Dafabet Casino. Players are certainly eager to see what the developer can do with the new opportunities and this should also put the game provider in a better position with the help of regular new releases that will get a lot of attention. 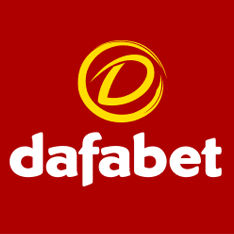 Warner Bros. Sued for Lord of the Rings Slots

Playtech to Buy Italian Snaitech in $1B Deal