The biggest win of the active seven-day period was worth £3.7 million and represents the jackpot on the Beach Life slot machine.

The leading software provider Playtech has quite a few iconic slot machines in its portfolio and progressive jackpots that most players dream of don’t take much to be won. However, the company set a new record when its games paid out more than £5 million in just seven days as several players claimed large prizes across three popular online casinos.

Millions of pounds from the spinning reels

The first on the list took place in early July when a regular player at Coral Bingo was enjoying the Leprechaun’s Luck slot machine and won £120,000 from the bonus game. The news was quickly followed by a much bigger win on July 6th as a player based in the UK cashed in the win of the lifetime while playing Beach Life at bgo Casino. By the username of Hilton77, the customer won the progressive jackpot worth £3.7 million, making it the second largest ever awarded by Playtech in 16 years.

It didn’t take more than 48 hours before another big progressive jackpot was hit on the Playtech platform and this time it was on the Chests of Plenty slot machine, worth £450,000. The domino wins then continued with a player getting the Adventures in Wonderland top prize at Gala Bingo.

With some other wins taking place across the websites in the seven days, the total easily exceeded £5 million in progressive payouts, setting a new record for Playtech and also for the entire industry.

Of course, there are still plenty more prizes to be claimed in the massive collection of slots provided by Playtech and some of the biggest jackpots right now are worth more than £1 million each. Monty Python’s Spamalot has a top prize of over £1.8 million, the new Jackpot Giant has gone over £1.6 million and Funky Fruits is just getting ready to break the £1 million mark. Tens of other progressive slots are available at Playtech-powered casinos. 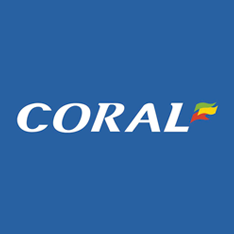 Week 3 Roundup: The NFL Finishes Yet Another Action-Packed Week