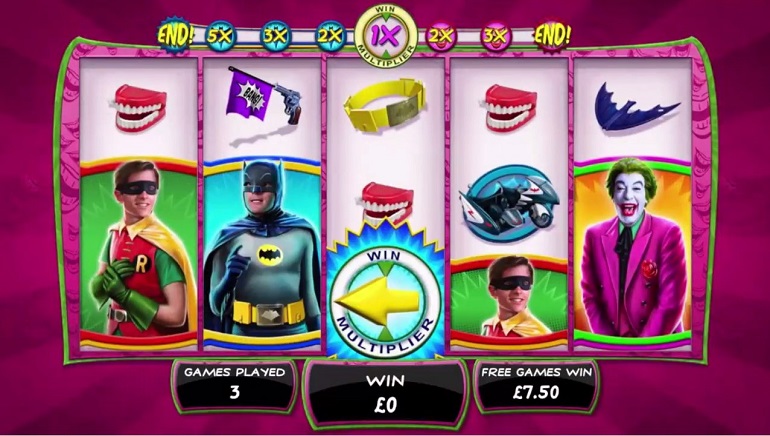 One of the leading gaming content and software providers Playtech has entered a multi-year deal with Warner Bros., representing DC Entertainment, planning to launch the first two (of total six) slot games based on the classic Batman TV series. The DC's Batman Classic Series was hugely popular during 1960's.

Two Titles Rolling Out in 2016

The deal between the two companies will see Playtech roll out a total of six Batman slots in the near future. The first two titles are scheduled to be released before the end of 2016, and these are Batman & The Joker Jewels and Batman & Catwoman Cash.

Players will have an opportunity to help the popular television Dark Knight take on two of the most famous Batman villains, simultaneously participating in four progressive DC Super Heroes jackpots.

Both of these new Playtech slots will feature cut-scenes from the cult series as well as numerous well-known catchphrases.

Batman & The Joker Jewels features 5 reels and 25 paylines and it will see Batman take on his archenemy as he fights to restore peace in Gotham City. The Joker Random Wilds feature makes sure there is never a dull moment as extra Wilds added to the reels can turn any spin into a huge win.

Unlimited free spins will let players pick a side and sit back and relax as they watch Batman and The Joker battling it out and their winnings constantly growing, courtesy of changing win multipliers.

The second slot, Batman & Catwoman Cash is poised to be a highly interactive game with a huge winning potential. Big win multipliers and stacked symbols during free spins will provide a lot of excitement, for Batman fans and those who enjoy adrenaline-pumped slots action in general.

The COO of Playtech Shimon Akad emphasized that these new slots, which will soon be followed by Man of Steel, Superman I, and Superman II titles, will significantly boost their jackpot slot content and provide the "ultimate Batman gaming experience."